What was your résumé for the IIMA interview

IIMA: "India doesn't make it easy for anyone"

The Indian Institute of Management in Ahmedabad (IIMA) is considered by many to be the best business school in India. The rush is correspondingly large. Less than 0.25 percent of applicants are admitted. Like all 13 IIMs, the school does not even award an MBA because it is not a university. There is also a lot of catching up to do in terms of internationality, diversity and research. An interview with IIMA director Samir K.Barua.

The IIMA is considered to be one of the best management schools in India, but there is still a lot of catching up to do in terms of internationality. Why is that?

Samir K. Barua: Internationality can be viewed in several dimensions. As far as the curriculum is concerned, we are very international. We use international case study and look at what's happening globally. Our professors also often have international experience. You have studied at renowned universities abroad, taught there or you are doing international research. Where we have a problem is with the students.

Why? Isn't the IIMA attractive enough for foreigners? 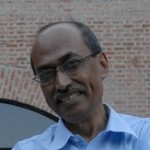 No, this is due to our strict admission criteria. Those who apply for a place at our university have to pass the Common Admission Test (CAT) and need a very good result. This corresponds roughly to a GMAT value of 760. And those who achieve this will also be admitted to the top schools in the USA or Europe. Then why should he come to us?

Why can't you change that?

As an institute of national importance, we are directly subordinate to the Ministry of Human Resources Development and this has not yet allowed us to lower our approval hurdles. Because in order to get more foreign students, we would have to open up to applicants with a slightly lower GMAT value and also market the program internationally. But we are not allowed to. But what many overlook: India is made up of 26 states and there are significant social and cultural differences between a student coming from Delhi or Chennai. It's a bit like in Europe. We also have exchange programs with some German schools such as WHU or HHL. And there are even dual degrees with, for example, ESSEC, HEC and Bocconi.

Support MBA Journal with an amount of your choice if you want to read more well-researched news.

Admission to the IIMA is considered almost unattainable. How many applicants do you have?

You don't even offer an MBA.

Our flagship program is the two-year Post-Graduate Program in Management (PGP). As the IIM, we have a special position. We were founded in 1961 as a technical school jointly by the governments of Gujarat and India and industry. We are not a university and are therefore not allowed to award academic degrees such as the MBA. But our degrees are highly regarded worldwide and our graduates have no problem getting a PhD even at top schools in the US.

It also looks rather bleak when it comes to diversity. 83 percent of the students are men, 96 percent have an engineering background.

This is due to the applications. We only have 20 percent women and most of them are engineers. This also reflects the attitude towards education in India. Up until now, those who are good have become engineers. That is only slowly changing. But we are also observing another interesting change. Twenty years ago the students came mainly from the big cities, today they also come from smaller towns. But the same applies to diversity as to internationality. In order to attract students from a different background, we would have to change the admission process and thus deviate from our strict performance principle. With us, only good performance decides whether someone is admitted.

There is also still a lack of research.

Here, too, we still have some catching up to do. But we doubled the number of our students five years ago, so teaching was simply more important at first. Our 90 professors not only teach the 1,100 full-time students, they are also active in executive education. There is often little time left for research. But we have made significant progress. In the past year and a half, our professors have published 14 papers, almost doubling. And by hiring younger professors, we also get more research. But we also need more money to send our professors to conferences and do research.

Is it hard to find professors?

We are very picky, especially when it comes to academic performance. But we benefit from the fact that more and more Indians are coming back to India, especially from the USA, or at least want to spend some time here. Of course, that suits us very well.

Are there enough good business schools in India?

No, there is a huge vacuum there. We have maybe 3,600 manager schools, but the really good ones are no more than 20 to 25. Manager training was a big trend that is now slowly ebbing away. A number of institutes had to close because they no longer had enough students.

Since 2010 there has been a bill that is supposed to allow foreign universities to open a branch in India. But so far nothing has happened. Why is it?

I would be very supportive of good business schools coming to India. That would give our manager training a new boost. But I fear the law will never be passed. Many management institutes - and not necessarily the best of them - belong to politicians and they are not interested in bringing competition into the country. So I don't think we'll ever be as attractive for business schools as China, for example. Foreign professors there are partly financed by the state. There is nothing with us. India doesn't make it easy for anyone.

PS: This also applies to journalists. The visit to the IIMA had been announced for a long time and they were interested in an interview. But then a few days before the appointment there were unexpected problems. Without a submitted curriculum vitae, one could not organize an interview with the IIMA director, it was said categorically. The fact that as a journalist you have to apply for an interview with a résumé is at least unusual. But in the end it worked. The next hurdle followed at the entrance to the school. Because the contact person did not answer the phone, six security officers at the gate were at a loss. Since the visitor didn't want to wait indefinitely, she was finally left alone on campus, where she was immediately confronted by the nearest security officer. After the irritation was resolved, Ishita Solanki, Manager for Global Partnerships & Corpoate Affairs, and IIMA Director Samir K. Barua answered all questions in a very friendly and open-minded manner.

Bärbel Schwertfeger is a graduate psychologist and has been working as a freelance journalist in the field of management, further training and personnel development since 1985.
<?