What is the cause of the colonial mentality

Colonialism in School Books: The Story of the Winner

The third longest river in Africa is the Niger. But who actually discovered it? If you open a Nigerian history book, the answer is quickly clear: the Scottish Endecker Mungo Park in 1796.

Faith Odele also learned this in her school days. "But I started to wonder," says the historian, who collects stories from Nigeria's past for children. "Didn't the river exist before Mungo Park came here? Weren't there people who fished in the river? Why do Nigerians teach their children that Mungo Park discovered Niger?"

There are other examples. In a social science textbook from Ghana, students are asked: "What are the positive effects of colonialism?" The possible answers: "A. Establishment of schools, B. Introduction of the English language, C. Interest in foreign goods, D. Urban growth". 60 years after the official end of colonial rule in Africa, it seems as if the past is still shaping history lessons in many African countries. "I learned very little about the perspective of my people," recalls the writer Siyanda Mohutsiwa, from Botswana. "The historical focus is only on independence in 1966."

The view of Europe

To learn more about the history of Botswana, Mohutsiwa took additional lessons in Setswana, the official language of Botswana. "In Setswana, colonialism means 'change'," Mohutsiwa told DW. "This is a very hygienic version of what happened. It was almost as if the teachers were trying to avoid this era. As if someone had said 20 years ago: You are not allowed to teach this."

In class, Mohutsiwa learned something about the race for Africa at the end of the 19th century - for example from the perspective of the German Emperor and Great Britain. "Because they wrote these books. So I sat there and thought to myself: I hope Germany will get what it wants."

The curricula of the colonial powers

According to Mohutsiwa, the problem is deeply rooted in the past. "When education as we know it was introduced in Britain in the mid-18th century, it happened at the same time as the colonial expansion. The British people had to be convinced that enslaving people was a good idea . " And the European powers also exported this mentality to their colonies. 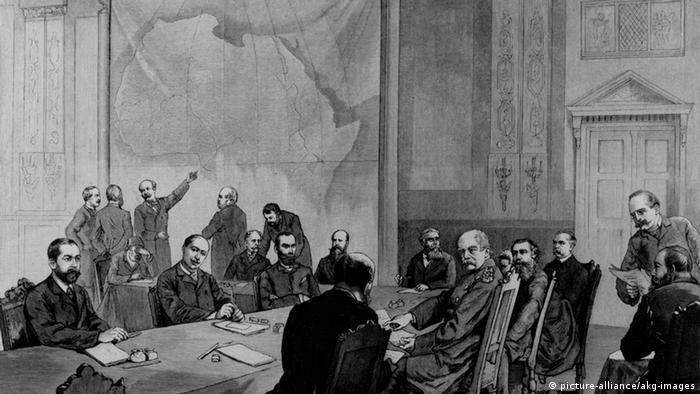 At the Congo Conference in Berlin in 1884/85, the European powers divided Africa among themselves

This is deeply problematic, says the Nigerian historian Odele. Because the history of one's own country is critical for self-identification. "We are composed not only of our present, but also of our past. If we are presented with the wrong picture, the injustices of the past continue."

During her school days in the 1990s, history wasn't even on the curriculum. Today there is a whole generation of Nigerians who do not know the history of colonialism.

Leave people in the dark?

She blames the Nigerian government for this, which has still not introduced any new curricula. "Our government doesn't want us to fight for progress. So, from their point of view, it is best for the nation if the people do not know the past, if they do not know that there were riots and protests during colonialism, so that they can cannot make any demands on the government, "said Odele. 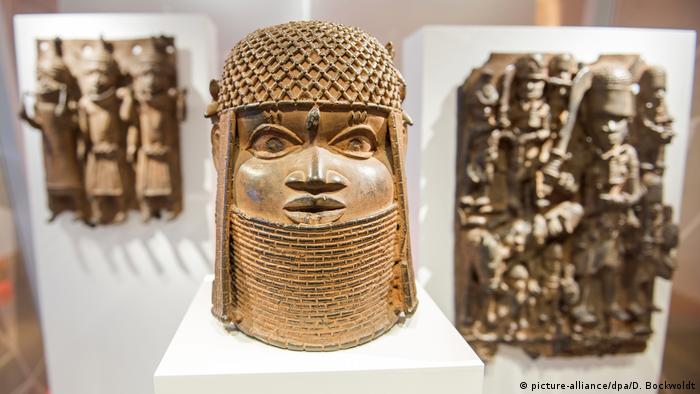 Many historical art treasures from Africa are in European museums

But there are approaches to move Africa's perspective into the focus of history. Kenya's government announced in 2019 that it would adopt proposals from the UN educational organization UNESCO to incorporate African history into the curriculum. The aim of the UNESCO program is "to reconstruct the history of Africa, to free it from the racist prejudices that arose from the slave trade and colonization, and to promote an African perspective". Since 1964, more than 230 historians and other specialists have worked on it.

In South Africa, Education Minister Angie Motshekga called for compulsory classes in South African and African history up to grade 12 at the end of 2019 - three years longer than before. She said a new mandatory history curriculum would also be introduced.

Things are changing in Botswana too. "For a long time we only had white teachers, and the teacher who taught me history was also white," says the writer Siyanda Mohutsiwa. "The teacher who teaches my brother today is a Botswana. Things are slowly changing - even with these teachers who have been trained locally and come from here."