How do MBTI types think

MBTI: The type indicator test in the test

All people are different - but how can something as complex as a person's personality be grasped? Well-known psychologists began to think about it as early as the century before last. Various psychological models try to find out which character typically combines certain characteristics. The MBTI is one of the most famous personality tests. These tests are particularly important in human resources. When it comes to the selection of suitable applicants for a company, not only professional qualifications play a role. The new employee must also harmonize with the other colleagues on a human level. How the MBTI is structured and which tests you can take ... 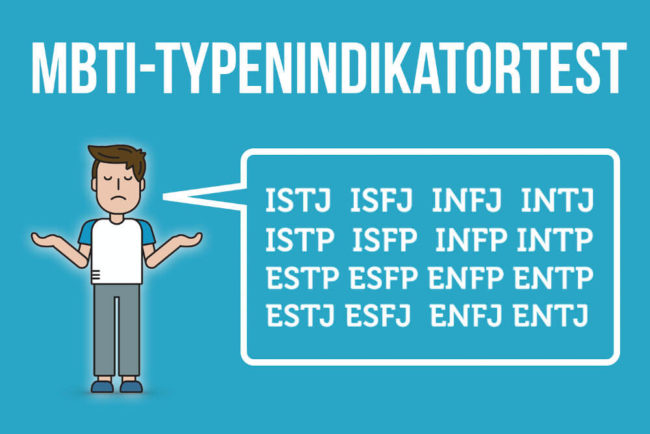 The term “Myers-Briggs Test” is often used, but some authors are bothered by the term test because it is less about cemented categories of personality types. Rather, the MBTI measures Inclinations and preferenceswhich can fluctuate depending on the mood of the day or the situation.

The MBTI was created in America, developed by the two psychological laypeople Katharine Cook Briggs and her daughter Isabel Briggs Myers. The starting point of the MBTI was that both could observe in the family how different the personality types of the individual members were.

Through intensive self-study, they familiarized themselves with the theories of the Swiss psychiatrist Carl Gustav Jung. He believed that people were essentially in the world four psychological categories perceive: sensitivity, intuition, feeling and thinking.

In his opinion, outweighs most of the time one of these categories in a person. Based on its typology, Briggs and Myers developed their MBTI:

These characteristics are present in every human being in some form. Anyone who takes an MBTI test will then receive a four-digit letter combination. In this way, 16 personality types are possible.

It is not easy to complete the MBTI online in German. In Germany are other personality tests more common, namely the Big Five.

The opponents of the MBTI criticize the fact that it does not meet the usual requirements of reliability and validity in psychology. That should be one reason why the MBTI is mainly used in coaching in this country.

In the USA, on the other hand, the MBTI is much better known and is not only used for personnel selection, but is also used in personal areas, for example in schools at the Career orientation or partner counseling.

Even proponents see that above all lack of discussion with the concept in Germany and suitable translations as a problem. And in fact; As Lars Lorber writes on his blog, a verb like sensing (sometimes sensoring is also used) translate as feeling, perceiving and feeling.

But at the same time this is next to verbs like feeling, which can also be translated as feeling and perceivingthat can also mean perceiving. So if you want to do the MBTI and have to deal with unclear terminology right from the start, you could be deterred.

Who is with a American company or even apply directly in America, can be confronted with the MBTI much more likely than with German companies. This may not least be due to the license structure - if you want to do the original MBTI, you have to pay for it.

Other readers will find these articles interesting

Jochen Mai is the founder and editor-in-chief of the career bible. The author of several books lectures at the TH Köln and is a sought-after keynote speaker, coach and consultant.

Continue to the home page
<?