Which instantly ruins an amazing day 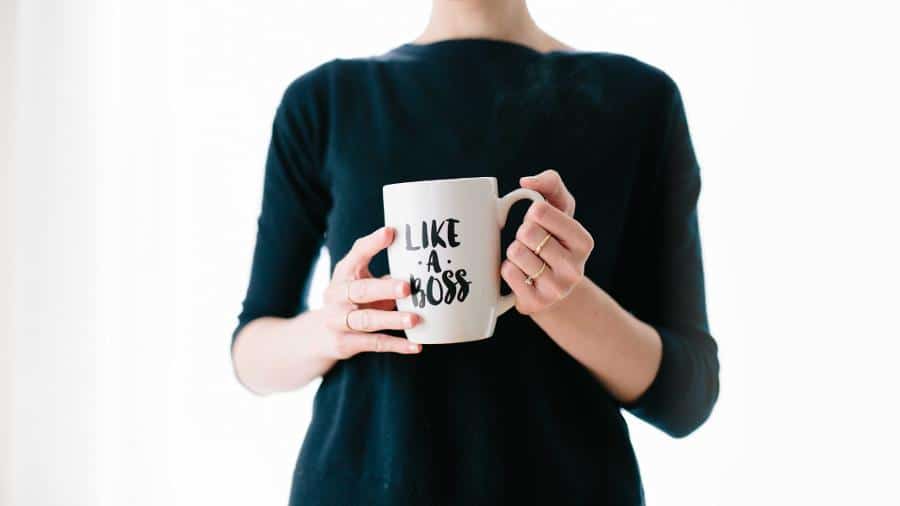 Women are underrepresented in science. This is not attention-grabbing gender talk, but a sad reality. In Germany, the career prospects of young (and old) female scientists are better than ever before - from a historical point of view and in relation to other regions of the world there is a clear need to catch up.

Almost everyone knows the names Albert Einstein, Max Planck, Charles Darwin, Galileo Galilei or Stephen Hawking. But what about famous female researchers? Let's do a test: spontaneously name five well-known scientists! You have 30 seconds. Come on!

Not that easy, right?

To explain: Many well-known discoveries and inventions are attributed to male researchers. Especially the popular sciences. It's not because there weren't any smart women; they just weren't allowed to work in that area. They were discriminated against and oppressed. A scientist was an exception until the middle of the last century.

Yet they did exist.

And in this article I want to introduce you to some of the greatest scientists in human history. So that you can memorize the names better, I researched one or more amazing quotes for each person. At first I had doubts that the compilation could be too tight. In the end it turned out to be a very large collection.

Have fun with it! 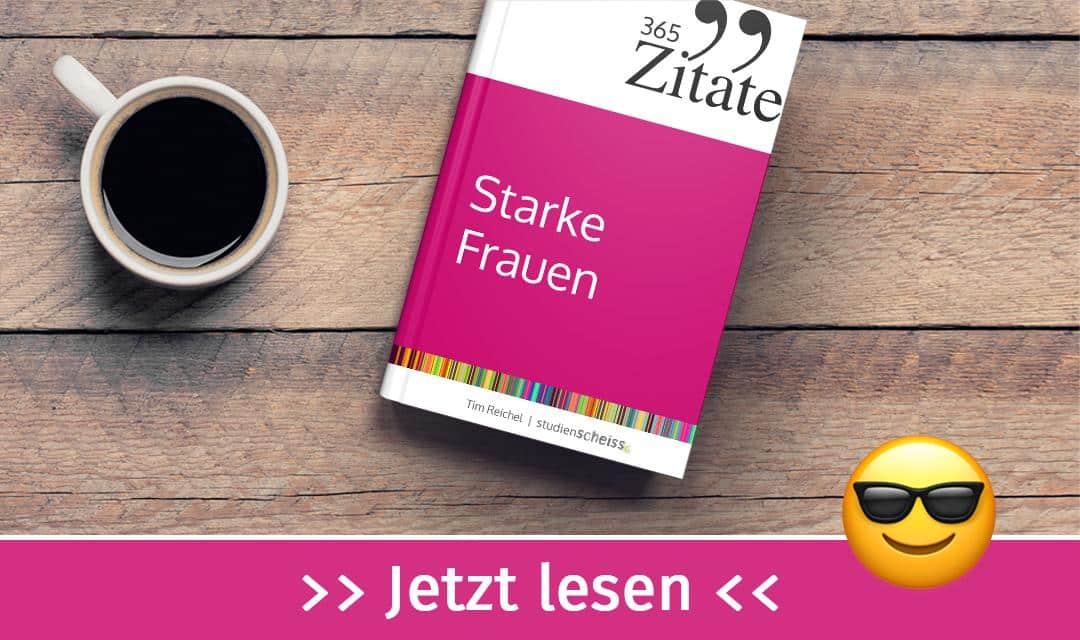 Science doesn't always go forward. It's a bit like a Rubik's Cube. Sometimes you have to wreak havoc with a Rubik's Cube before you can get it right.

At the end of my PhD, I was able to swing a sledgehammer.

Science is a search for understanding.

I didn't just want to know the names of things. I remember really wanting to know how it all worked.

Our school education ignores the rules of healthy development in many ways.

If society does not accept the free development of women, then society must be transformed.

One way to open your eyes is to ask yourself, “What if I had never seen this before? What if I knew that I would never see it again? "

Science is part of the reality of life; it is the what, the how, and the why of everything in our experience.

Those who contemplate the beauty of the earth will find reserves of strength that will last as long as life lasts.

Nothing exists in nature alone.

I think a bad husband is way worse than no husband.

I would rather die in the adventure of noble attainments than live in a dark and sluggish security.

Prosperity is like perfume: too much is often a headache.

We ignore the public understanding of science at our own risk.

For a researcher, the unforgettable moments in his life are those rare ones that arise after years of arduous work, when the mystery of nature is suddenly revealed and when what was dark and chaotic appears in a clear and beautiful light and pattern.

The further the experiment is from theory, the closer it is to the Nobel Prize.

One element of success, regardless of the profession, is the desire for craft.

You never notice what has already been done, you only see what remains to be done.

You don't have to fear anything in life, you just have to understand everything.

We have to have perseverance and, above all, trust in ourselves. We have to believe that we are gifted and that we can achieve something.

Courage is like - it's a habitus, a habit, a virtue: you get it through courageous deeds. It's like learning to swim. You learn to be brave by being brave.

As scientists, we need to explain what we do and why we do it, rather than dictate how those discoveries and technologies should be used.

To be happy, you have to put aside your prejudices and keep your illusions.

Love of learning is the most important passion ... that's our happiness. It is a sure remedy for what torments us, an infinite source of joy.

Don't be afraid of hard work. Something of value will not fly to you. Don't let others discourage you or tell you that you can't do it. In my day, I was told that women don't go into the chemical industry. I saw no reason why we couldn't.

People often ask me: Was the Nobel Prize the thing you have been working towards all your life? I then tell them that I'm not crazy after all. Nobel would go for a Nobel Prize because if you didn't get it, your whole life would be wasted. I have always tried to help people and do good and that satisfaction is far greater than any prize you can get.

Everyone would like to have an intelligent wife, but one does not want to allow them the means of understanding.

When you see the value of all life, you dwell less in the past and focus more on preserving the future.

Science and everyday life cannot and should not be separated.

Science gives me a partial explanation for life. As far as possible, it is based on facts, experience and experiment.

This is probably the privilege of the ladies to receive compliments and not a real advantage.

You can change something - every day and at any time!

We can decide anew every day what influence we want to exert on this world.

Only when we understand can we care. We can only help if we care. Only if we help can we save life.

We are definitely the smartest creature that has ever walked on this planet. But how is it that we allow the destruction of our only living space? I have the impression that we have lost the wisdom, the wisdom that makes people who make a decision today ask what consequences this has for future generations.

If we take the future seriously, then we have to stop leaving it to others and instead become active ourselves.

A great power arises when young people decide to change something. You have power and the future of the planet in your hands.

As always in life, people want a simple answer ... and it's always wrong.

One of the lessons I've learned at different stages of my career is that science is not done alone. Progress is only made through discussions and exchanges with others.

The most damaging expression in language is: "We have always done it this way up to now."

It's easier to apologize afterwards than to get permission first.

Dear neutron that lives at the core of an atom in my knee, if you don't stop jumping around you will create an atomic explosion and destroy the universe.

I enjoy what I fear.

Some of the funniest people I know are scientists.

In reality, however, it (mathematics) is a science that requires the greatest imagination.

I advise young people to reach for the stars. And I can't think of a higher level than inventing something new.

If you are open to new ideas and play around with things, anything can happen.

Basically, I was just driven by curiosity.

Don't be afraid of difficult moments. The best comes from them.

The body does what it wants. But I am not my body; i am my mind

I'm one of those geniuses who limit themselves to relaxing.

When you know you are right, you don't care what others think. You know that sooner or later it will become clear.

There is no question that plants have some kind of feelings. But just because they are somewhere, someone walking down the street thinks they are plastic and not alive.

Science ensures that people achieve truth and objectivity; it teaches people to accept reality with amazement and admiration, not to mention the deep awe and joy in the natural order of things.

You must not hold us scientists responsible for the fact that our discoveries are used in war technology.

Life doesn't have to be easy, provided it isn't empty.

Having a friend who shares your interests and helps you stay motivated is invaluable.

A woman undoubtedly encounters great difficulties on her way, but she has much more to overcome. First of all, no woman should say: “I am only a woman!” But at least a woman! What more do you want

Above all, we need imagination in science. It's not all math or logic, but it's always full of beauty and poetry.

Study as if you will live forever; live like you're dying tomorrow

I don't think about being male or female, I just act naturally. I think in terms of excellence in science. Gender doesn't matter.

The Nobel Prize is important - as the last bastion of awe for knowledge.

My (algebraic) methods are really methods of working and thinking; that's why they sneaked in anonymously everywhere.

Only those who can warm themselves up in themselves can someone else warm up too.

Being a scientist is like being an explorer. You have this immense curiosity, this stubbornness, this determined will to move forward no matter what other people say.

Defend your right to think. Thinking and being wrong is better than not thinking.

Whatever I start, I stick it out, I persevere loyal and I don't destroy anyone.

The eyes are the windows of the soul.

Only the devil doesn't know music.

Give man a dog and his soul will be healed.

We women have to believe in ourselves, otherwise nobody will.

The fact that women do not reach leadership positions is in large part due to social and professional discrimination.

The excitement of learning separates youth from old age. As long as you study, you are not old.

I have been described as a dreamer, a fantasy, even an idiot. I didn't care. It was just important to me to convince people to let me get on with my work.

Fortunately, women scientists are no longer uncommon. Of course, this varies greatly depending on the research focus and region, but the proportion of women in science has risen continuously over the last few years and decades.

I have introduced you to some of the most important women scientists in this collection of quotes. All of these researchers have achieved extraordinary things - part of their brilliance is reflected in the quotes.

Do you know any other well-known quotes from female scientists that should be given a little more focus? Feel free to write in the comments below this article and help me grow the list!