Why are the US police underpaid

At least one soldier was killed in the police attack in Port-au-Prince. Another military was injured, said the Ministry of Defense of the Caribbean state. According to hospital staff, a police officer was also killed in the confrontations. Dozens of people were injured.

"We are under siege," Army Commander-in-Chief Jodel Lessage told the AFP news agency. The headquarters are attacked with assault rifles, incendiary devices and tear gas. According to him, the soldiers shot back. 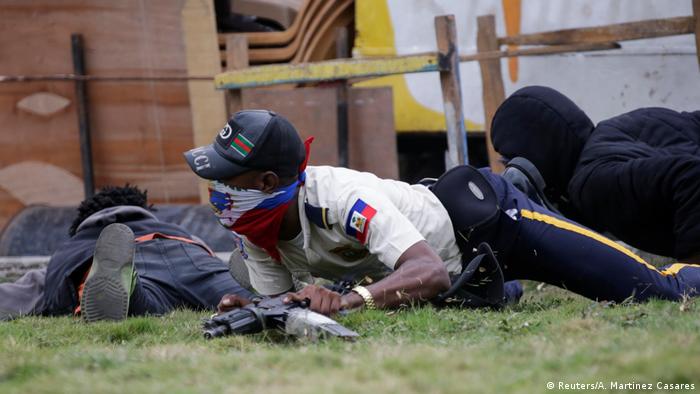 Haiti's government issued a statement strongly condemning the violence of the security forces, describing it as an attack on freedom and democracy in the country. President Jovenel Moïse canceled the carnival. This should prevent possible further bloodshed, it said.

On Saturday, the government tried in vain to defuse the crisis by announcing social measures for the benefit of police officers and their families. A compensation fund is to be created for the survivors of police officers killed on duty. In addition, there should be a fund from which insurance for police officers will be financed.

Haiti's poorly equipped and underpaid police have been demanding better working conditions for months. The police are planning to found their own union in order to better negotiate with the police leadership.

Haiti, which is still suffering from the consequences of the devastating earthquake on January 12, 2010, is one of the poorest countries in the world. The United Nations World Food Program (WFP) estimates that one in three Haitians is dependent on food aid, the equivalent of 3.7 million people.