Which is the real Syrian flag

When Germans want to learn Arabic, they often go to Syria. Whether the dialect they speak there is closest to standard Arabic - this is a passionate argument among Arabs and those who know Arabic. But if you have learned Arabic in the Syrian capital Damascus, you will often not let go of the language, the country and the people. Once Damascus, always Damascus - that's what German Arabic learners say in many circles.

Why Syria is a treasure trove for archaeologists 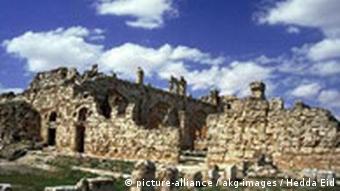 Remains of a Byzantine basilica in Rusafa

This is not only due to the fascination of the old town of Damascus. Syria has always been a transport hub in the region. The country borders geographically on Asia Minor and, viewed from the Mediterranean Sea, is the gateway to the Asian continent and the Arabian Peninsula. There was no getting around Syria until the 19th century. That is why the land is a real treasure for archaeologists today. New graves and cities from antiquity are almost constantly being discovered. Although it has not been scientifically proven which people first inhabited Syria, all ancient civilizations have left traces there. 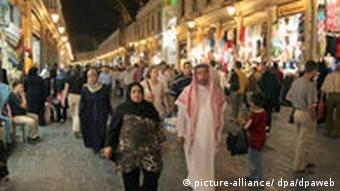 People walking in the souk in the old city of Damascus

Today the population of Syria numbers around 20.5 million people of various origins. The majority are Arabs, followed by the Kurds. There are no reliable figures on them - also for political reasons. The German Foreign Office puts their share at half a million to a million. Other population groups are Armenians, Turkmen and Circassians. In addition, there are around half a million Palestinians who officially have refugee status in Syria. In addition, an estimated two million Iraqis have fled or emigrated to Syria since the beginning of the Iraq war in 2003.

When it comes to religion, Islam dominates 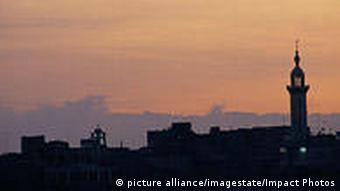 Sunset in the city of Hama

According to official figures, 80 percent of all Syrians are Muslim. At around 70 percent, the Sunnis make up the largest proportion, followed by the Alawites, a smaller religious movement to which President Bashar Al-Assad's family also belong. The Alawites make up around 12 percent of the Syrian population. In addition to the Muslims, there is a traditional Christian community of different denominations. Christians live mainly in the major cities of Damascus and Aleppo, as well as in Christian villages in the center of the country. Life between the different denominations in Syria is generally peaceful.

State and society are still strongly influenced by the secular ideology of the Ba'ath party, which emphasizes no religious differences, but rather the common belonging to the Arab nation. The Ba'ath Party was founded jointly by Christian and Muslim activists in Damascus in the 1940s and has been the sole ruling party in Syria since 1963. Its original goals were socialism and nationalism with Arab influences, and it also propagated the unity of the Arab nation (pan-Arabism). It operated in a large number of Arab countries. The former Iraqi dictator Saddam Hussein belonged to a wing of the Ba'ath Party. In the course of history, however, the Iraqi “Baathists” had quarreled to the point of enmity with the Syrian party wing.

Arabic is the main language spoken in Syria 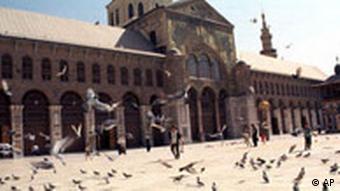 Not much is left of the pan-Arab and socialist ideals today, but Arab nationalism still plays a large role in the Syrian model of society. Arabic is the official and national language - also for non-Arab minorities like the Kurds. In addition, since its inception, the regime has attached great importance to consistent Arabization in schools and universities. Other languages ​​are threatened with extinction, but they are not forbidden. In some areas of the country you can still hear Aramaic, the language that Jesus Christ is said to have spoken.

Illiteracy is still a problem

To this day, however, there is also a considerable proportion of people who can neither read nor write. The illiteracy rate among men in Syria is 17 percent, among women it is even over 40 percent. These figures contradict Syria's image, which the government likes to cultivate, as the leading cultural nation in the Arab world. That is why the government has been carrying out an ambitious school and university reform since July 2005 in cooperation with the United Nations Development Organization (UNDP). The plan is extremely ambitious: by 2015, the government wants to have largely got the problem of illiteracy under control. 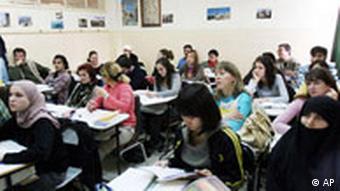 The great importance of Syria for the modernization of the Arabic language and the development of post-colonial Arabic literature is undisputed among Arab intellectuals. To this day, many Syrian philosophers and writers are known far beyond the Arab world. The thinker and philosopher Sadiq Jalal Al-Azm received an honorary doctorate from the University of Hanover in 2005. The poet Ali Ahmad Said, known under the pseudonym "Adonis", was awarded the official German Goethe Medal in 2001 and was nominated for the Nobel Prize for Literature several times.