How do the Poles feel about Germany?

In its resolution of October 7, 2020, the EU Parliament calls for an EU mechanism to protect democracy, through which EU financial aid is to be cut in the event of violations of the rule of law. All politicians of the right-wing conservative Polish ruling party PiS voted against the resolution, which was passed by 521 votes to 152 with 21 abstentions.

Warsaw is opposed to the new rule of law instrument because its own judicial reform has been seen in Brussels for years as a violation of the rule of law principles and has led to rule of law proceedings against Poland according to Article 7 of the EU Treaty. Warnings from the EU institutions are simply ignored in Warsaw; in the future, however, Poland could be expensive.

Konrad Szymanski, Polish Deputy Foreign Minister for European Affairs, describes the rule of law instrument proposed by the EU Parliament as an "obvious violation of the EU treaties". It contradicts the decisions of the EU Council of July 2020, when the EU budget was discussed. 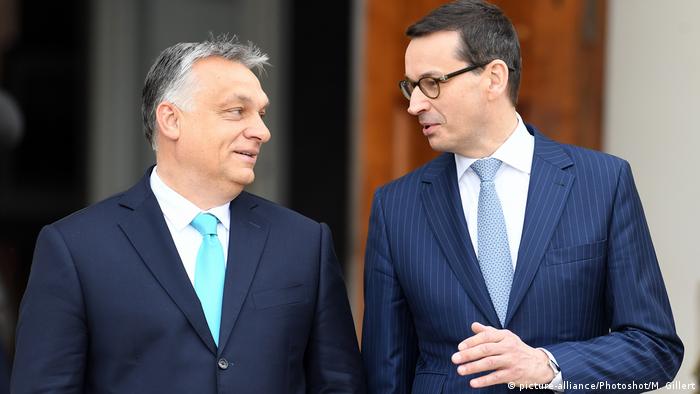 Although the rule of law was mentioned in the final communique of the summit, Poland's Prime Minister Mateusz Morawiecki reassured his compatriots at the time: Poland should not fear any financial sanctions. Poland and Hungary would vote against in the EU Council and thus block a corresponding decision. "We are covered on all sides," he promised.

Morawiecki recently sharply criticized the Vice-President of the EU Parliament, the German Social Democrat Katarina Barley, who described the situation in Poland and Hungary as "particularly serious" in an interview with Deutschlandfunk. She said that "the rule of law is being systematically restructured there". About the Hungarian Prime Minister Viktor Orban, Barley said: "We have to starve him - financially. He also needs the money."

The Polish Prime Minister Morawiecki reacted immediately and spoke of "shameful words" that a German Vice-President of the European Parliament should never utter. "Germany should remember the hunger, genocide and tragedies for which it is responsible. I have no words to condemn such a statement. I stress: Hungary or Poland have the same rights in the European Union as Germany or France "said Morawiecki.

In an interview with the newspaper "Gazeta Wyborcza", Barley replied that the governments in Warsaw and Budapest exploited any critical statements made against them, "because they would not tolerate criticism." This was shown by attacks on independent media and judges in both EU countries. "The rulers in Poland and Hungary believe that they can do anything because they have won the elections and have the majority. The point of democracy is not that the ruling party is always right," said Barley.

When criticism comes from German politicians, anti-German resentments quickly revive in Poland. It was similar four years ago when the then chairman of the EU Parliament, Martin Schulz (SPD), accused the Polish rulers of "controlled democracy à la Putin": The German ambassador in Warsaw was summoned to the Polish Foreign Ministry for this reason. 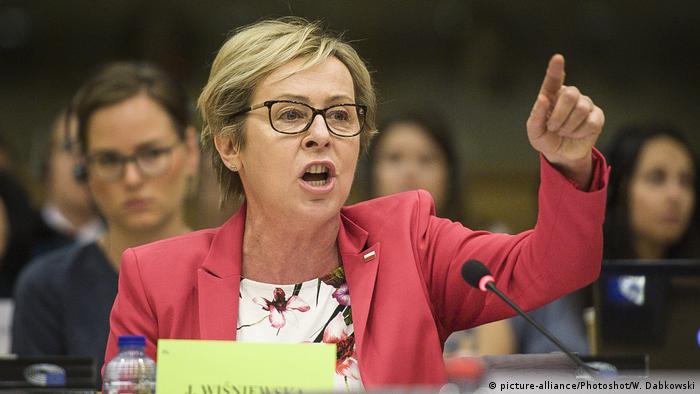 Germany is again reminded of the Polish demands for war reparations. "Perhaps the time has come for you to declare your will to pay Poland war reparations. For the murder of six million Polish citizens, for theft, for razing Warsaw and exterminating the Polish elite," said the MEP Jadwiga Wisniewska (PiS) during the debate on the EU resolution.

Criticism in Germany too

The Saxon Prime Minister Michael Kretschmer reacted in Warsaw in a similar way to the PiS government. "A German politician is not allowed to use such words. Absolutely excessive and harmful," criticized the CDU politician. He called Katarina Barley's statements "forgotten about history".

Kretschmer believes that the proposal to punish EU member states for violating the rule of law by reducing financial aid is a "huge mistake": "There can only be sanctions in the area of ​​finance if EU funds are used incorrectly - but not in relation to the rule of law. " With such sanctions, the EU would primarily hit the local self-government. "This takes away opportunities where the EU can have a positive effect in the affected countries," said the Saxon Prime Minister.

CDU General Secretary Paul Ziemiak also commented on Twitter: "Katarina Barley's verbal derailment is unacceptable. We are conducting the current debate with arguments. Prudent, clear on the matter, but never hurtful or insulting."

In Warsaw, the head of the government chancellery, Michal Dworczyk, spoke of the "worst historical associations" and demanded that the German politician apologize and withdraw her words.

One of the few laudatory comments in Poland is that of Magdalena Adamowicz, widow of the murdered Gdańsk mayor and PiS critic Pawel Adamowicz. From her point of view, Katarina Barley should get a Polish award for her "fight for Poland".