What is a Joint Strike Fighter Plane

Due to numerous development problems, it took a while to ramp up production of the F-35 Lightning II. Last year, however, the final assembly lines in Fort Worth, Texas, Cameri (Italy) and Nagoya (Japan) delivered 134 aircraft to the nine countries that currently have the fifth-generation stealth fighter in service. From June 2019 to March 2020 alone, the number climbed from 400 to 500, of which 354 F-35A, 108 F-35B with short take-off and vertical landing capabilities and 38 F-35C for use on aircraft carriers. The anniversary aircraft, an F-35A, went to the "Green Mountain Boys" of the Vermont Air National Guard (158th Fighter Wing) based in South Burlington.

The Joint Strike Fighter program now has a total of 23 bases worldwide with F-35 units - from Amendola in southern Italy and Cheongju in South Korea to Nevatim in Israel, Örland in Norway and Yuma in Arizona. Around 1,000 pilots and 9,000 maintenance technicians have now been trained on the fighter jet, which will form the backbone of more than a dozen air forces for decades to come. The previous program planning adds up to more than 3200 machines. These are by no means all firmly ordered. However, possible cancellations should be compensated for by further export sales. Lockheed Martin participates in the ongoing combat aircraft competitions in Switzerland, Finland and Canada, among others.

Eight of the previous users have declared their Lightning II to be ready for use for the time being, although the criteria for this were very different. More armed forces such as the Royal Australian Air Force, which has so far taken over 22 F-35A's, will join this year. The F-35 has also been used in combat over Afghanistan, Iraq and Syria. The total number of flying hours worldwide (including the test program) was around 268,000 at the beginning of March. 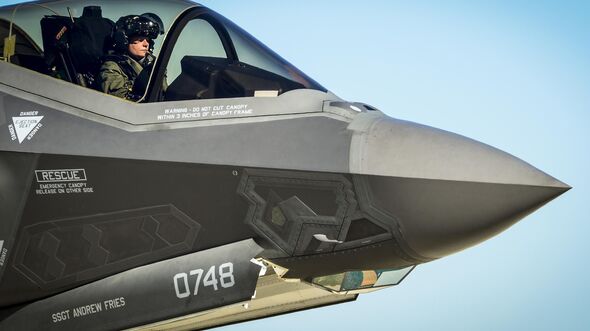 US Air Force
The F-35 does not have a head-up display. Important information is fed directly into the helmet visor for the pilot.

Full series approval not yet given

So good news for customers, but on the flip side, there is still a whole list of issues the JSF program is struggling with. The approval for full series production, which would also allow multi-year contracts, is still pending. According to the Pentagon, the so-called Milestone C will probably not be reached until January 2021, with a delay of up to 13 months.

The reason for this is that the IOT&E phase (initial operational test and evaluation) that began in December 2018 has still not been completed. Most flight attempts have now been completed despite the poor availability of the test fleet. But complex scenarios, for example regarding the actual advantages of the low detectability on the battlefield, can only be played through in complex simulations. To do this, an F-35 data model has to be integrated into the so-called Joint Simulation Environment, which takes significantly longer than expected. 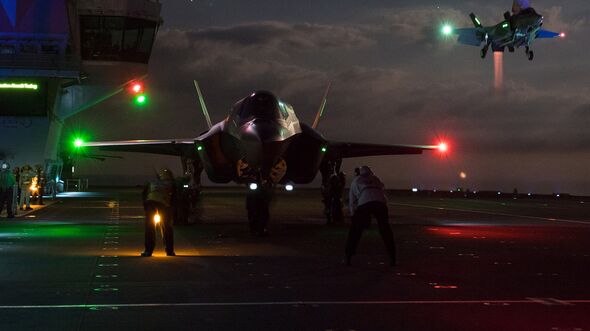 Lockheed Martin Corporation
The British use the extra expensive F-35B for use on their new aircraft carriers - here during the test on HMS Queen Elizabeth.

The formal testing and certification of the troop tests is the responsibility of Robert Behler, Director of Operational Test and Evaluation of the Pentagon. His department is notorious for detailing the ongoing problems with the F-35. The 2019 annual report on the JSF again comprises 14 tightly printed pages and begins with the sentence: "The Joint Strike Fighter (JSF) program still has 873 unsolved problems ..." (13 of which are Category I). The points raised in the report include:

Should the Air Force have bought the F-35 like other NATO countries?
Absolutely - the best investment in the future!
No way - way too expensive!

So there is still a lot to be done to improve the F-35 and to integrate new capabilities, for example to expand the currently very limited selection of weapons. Here the report is cautious: "The current process of continuous skill development and provision (C2D2) could not keep pace with the new skill gains as planned. Software changes ... often led to stability problems and impaired other functions. Because of this Inadequacies and a large number of planned new capabilities, DOT & E considers the current master plan ... to be a high risk. "

The customers of the Joint Strike Fighter

Royal Canadian Air Force (Canada)
Requirements: 88 x F-35A
Comments: Canada has participated in the F-35 program from the start but has not yet made a formal procurement decision. Rather, a fighter competition is currently underway, with candidates including the Boeing F / A-18E / F Super Hornet, the F-35A and the Saab Gripen.

Türk Hava Kuvetleri
Requirement: 100 x F-35A
First delivery: June 21, 2018
Remarks: On July 17, 2019, the Pentagon announced that it would remove Turkey from the JSF program for purchasing Russian air defense systems. F-35A that have already been delivered will remain in the USA.