Why did the UK supply Hong Kong?

China has made the fears of the world community come true: the announcement of a new so-called "security law" means the end of Hong Kong's autonomy. The People's Congress of the autocratic Chinese leadership will pass this procedure to the legislature in Hong Kong later this week. In future, statements for democracy, freedom and human rights will be banned as dangerous for the national unity of China and severely punished as a conspiracy or separatism.

China's nomenclature under the autocrat Xi Jinping is yet another violation of the contractual commitments that Hong Kong, Great Britain and the rest of the world made when the crown colony was handed over in 1997. 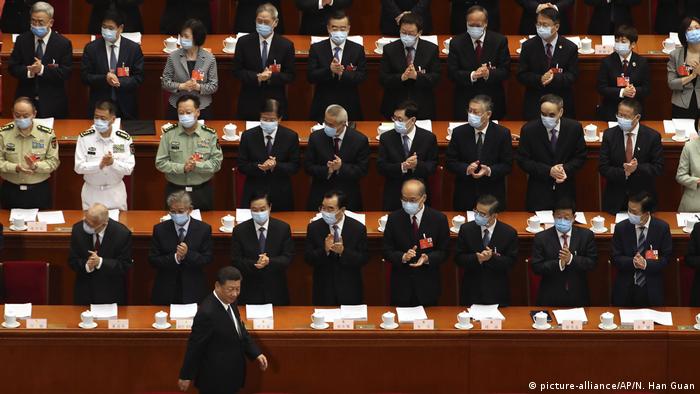 China is not a constitutional state

Last year, Beijing tried to use an extradition decree to extradite people it did not like from Hong Kong to the People's Republic and convict them there. But China is not a constitutional state, the intention behind the decree was abundantly clear: to be able to put any potential opponent in China behind bars.

Two million Hong Kong people have peacefully demonstrated against this CPP project. It was only after months of numerous mass demonstrations that Carrie Lam, who was lifted from Beijing to the office of the city's head of administration, withdrew the extradition decree at the end of October 2019. In the subsequent local elections in November, the democracy camp won a huge leap: 17 of the 18 districts went to the liberal forces.

Beijing was foaming and it is clear that in the parliamentary elections next September the picture will look similar: China and its autocratic system would again be voted out by the Hong Kong people. Therefore, parliament is now to be bypassed and the "security law" established so that China can arrest the Hong Kong Democrats as "terrorists". Leaders of the democracy movement were arrested as a deterrent at the end of April: Beijing wanted to demonstrate its power. Also, no one found guilty by a court can run for public office. With all these measures, the democratic camp is to be worn down. 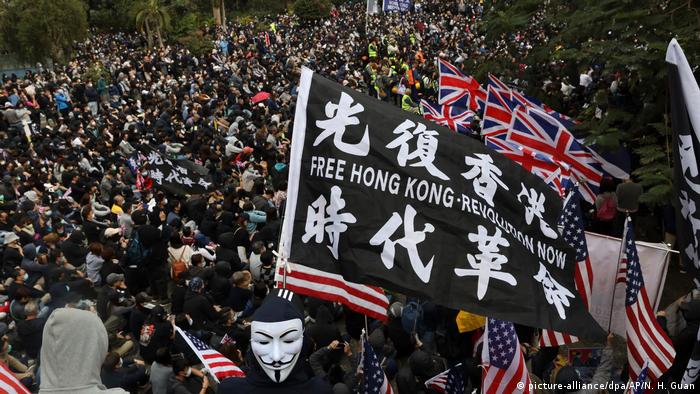 Large demonstrations roamed the streets of Hong Kong for months

The next victim: Taiwan?

Hong Kong is lost - unfortunately. China now has to face severe consequences, otherwise, intoxicated by its success, it will next attack Taiwan and annex the island. Taiwan is an independent country that emerged from the Chinese civil war. Since the Communist Party does not tolerate anyone next to it, it wants to destroy the successful democratic model off its coast. There is great fear in Beijing that the democratic spirit will spill over from Taiwan to the mainland.

The global democratic community must therefore force autocratic China through sanctions to keep the promises it has made. Germany should join the USA and Great Britain, which have already taken steps in this direction. In addition, diplomatic relations with Taiwan should be strengthened and military promises should be given in the event of a war of aggression.

Restrain Xi Jinping in his place

In his Just War Theory, St. Augustine writes that it is legitimate, good, and just to come to the aid of a nation overrun by another for no reason. Xi Jinping has threatened Taiwan with war and annexation several times. It is time for Xi to be put in his place. The message has to be: With such behavior, China has no place in the world community! 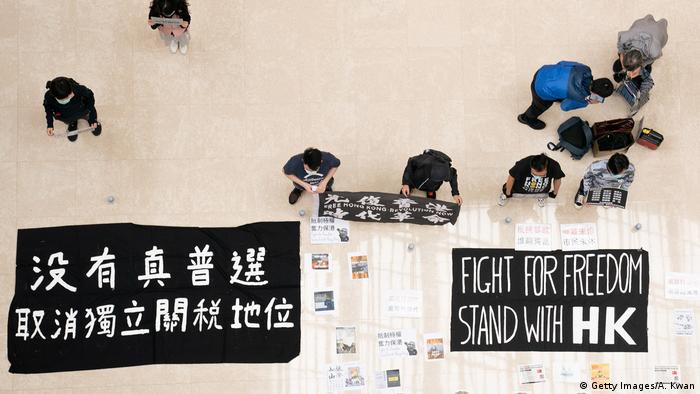 The protests in Hong Kong continued even during the corona pandemic

Finally, perspectives must be created for the people in Hong Kong: we should find a new home in the free world for as many of them as possible, especially the young and well-educated, who are now threatened by China as "terrorists" for participating in the demonstrations Offer. These measures must clearly demonstrate to the People's Republic the determination of the free world. It is time to take action and not duck into China for fear of economic consequences.

Alexander Görlach lives in New York and is Senior Fellow of the Carnegie Council for Ethics in International Affairs and Senior Research Associate at the University of Cambridge at the Institute for Religion and International Studies. The PhD linguist and theologian was also a Fellow and Visiting Scholar at Harvard University from 2014-2017, and a visiting scholar at the National Taiwan University and the City University of Hong Kong from 2017-2018.