Why can't I wake up

Why can you sometimes not move when you wake up?

The night is drawing to a close, it is already getting dark and the first light falls through the bedroom window. But something is wrong. Although I am awake and recognize the familiar contours, I cannot move and even breathe with difficulty. There is pressure on my chest and I get scared. Fear of suffocating. I want to shout, scream, but I can't. Finally - after what feels like an eternity - I manage to move my little finger, and in the same instant the spook is over.

This is not part of a horror story, but an all too real experience for some people. This is how many sufferers describe sleep paralysis. An estimated eight percent of the population will experience this condition at least once in a lifetime. There have been reports about it since antiquity and from many countries around the world. Sleep paralysis is in itself a completely normal part of healthy sleep. It occurs primarily during REM sleep, the vivid dream phase. The paralysis of the voluntarily movable muscles prevents us from actually performing the dream movements and protects the sleeper from injury. 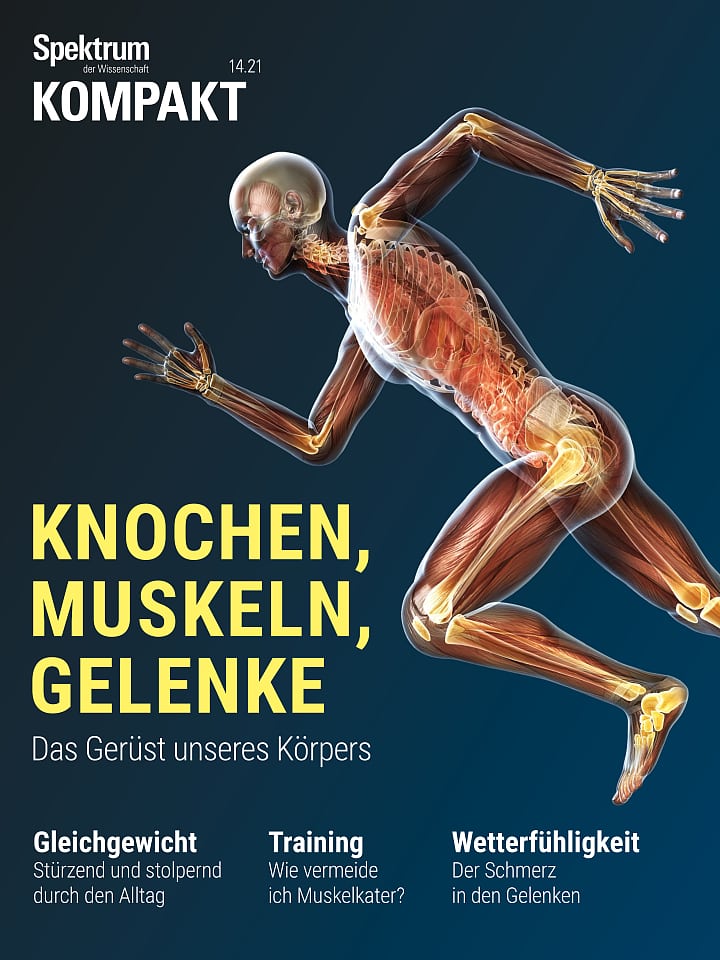 This article is contained in Spectrum Compact, Bones, Muscles, Joints - The framework of our body

Anyone who sleeps deeply does not notice this paralysis. However, if you wake up in the meantime, it can trigger severe anxiety. Sleep paralysis also occurs when falling asleep and, in addition to the terrifying stiff muscles, sometimes brings about hallucinations. Although you feel awake, you suddenly find yourself in the middle of a nightmare: some of those affected see mysterious figures, hear steps or voices - some even have the feeling of being touched or looking at their own body from above. The range of extraordinary experiences is wide. But as understandable as the discomfort is, it is unfounded. The body is not harmed during sleep paralysis, and after a short time it ends on its own.

The phenomenon was explained differently depending on the culture. For western modern research, it is one of the sleep disorders, more precisely to the parasomnias. The cause is a desynchronization of physiological features of REM sleep and the state of consciousness normally associated with it. The loss of muscle tone, which actually only occurs in dreams, is then mistakenly experienced in the waking state. People with irregular sleep habits, psychological stress or an anxiety disorder are more likely to suffer from it.

Sleeping on your back is also a beneficial factor. In this position, breathing is naturally a little more difficult due to the force acting on the palate and throat tissues. Possibly one then perceives the muscle paralysis more as a feeling of pressure and gagging and thus as more threatening. Accordingly, some of those affected report that some creature has sat down on their chest. Whether hallucinations of this kind actually occur more in back sleepers has not yet been adequately researched. However, the cultural imprint definitely plays a role in which scenes and fantasies unfold during sleep paralysis.

Since the phenomenon is a completely harmless event from a medical point of view, despite its frightening quality, it usually does not require treatment. A visit to a doctor can only be advisable if the disorder occurs frequently and has a significant impact on everyday life. On the other hand, there are definitely people who have lost their fear of such episodes and are already waiting for the next "kick". After all, there is hardly any other opportunity to float away from your own body or to be visited by "shadowy figures".