What is destroying our youth today?

The only easy-to-bear loss from the coronavirus is the myth of the spoiled and selfish millennials. All allegations about too much individualism, selfishness and excessive consumption of avocados on the part of the older generations no longer have any basis. Because many of the older baby boomers as well as the very old owe their further lives to the selflessness of these young people.

The bans and restrictions on civil liberties imposed across Europe are designed to slow the spread of COVID-19 so that hospital beds and ventilators remain available for critical cases. But these cuts also rob the entire young generation of their opportunities for advancement and their income. Because even if the restrictions - as currently planned - only last a month, the effects will continue to have an economic effect for years. Many jobs have already been lost, companies have closed and careers have been destroyed.

A generation sacrifices itself

This corona lockdown is an outstanding example of how one generation makes sacrifices for the benefit of another. While the virus affects people of all ages, it is most dangerous and deadly for the weak, the sick, and the old. As a society, we are consciously overreacting to save the lives of the weakest. That is also good and correct.

But let's be clear: Many young people are just giving up their livelihood so that the old can go on living. 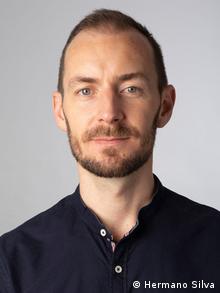 Admittedly, not everyone is happy about the standstill. Many people of all ages still ignore the prohibitions and the request to please stay at home. But a considerable part of the population follows them. And young people in particular cannot go to school, university or work - whether they want to or not.

The federal government promises aid and compensation to those who are now suffering from a loss of income. Let's hope that she does it - especially towards creatives, freelancers and small business owners. Because lost trust and deeply rooted insecurity can shape a society for decades: Even today, Germans are haunted by memories of a violent currency crisis almost a century ago.

But in the midst of these unusual times, there are signs of hope for the future after Corona: people have become more human again. Apart from the dispute over the last supplies in the supermarkets, the majority of people have accepted the appeal to massively restrict themselves for the benefit of the weak. The claim that people are no longer ready to do something for the common good has been refuted. Rather, people show that in reality they are ready for radical change.

For a green, ecological future

Suddenly, new economic models even seem possible. Things like government regulation, suspension of the market economy, public money for companies and citizens, re-nationalization of key industries, deferral of debts and rents and even unconditional basic income are being discussed as options for the future these days as a matter of course. A week ago that would have been unthinkable.

Now that all economic barriers have been broken, we can move forward and also design new, sustainable forms of consumption, production, distribution and energy supply. Those who advocate a green New Deal should take the opportunity: Call for a redevelopment plan that leads to a sustainable society that does not go beyond its ecological limits! Because the earth's ecosystem also suffers from a disease that endangers our human existence. In perspective, the climate crisis is even more deadly than COVID-19. We don't yet know their victims - but that they will exist is just as certain as with Corona.

What should our compensation be

The younger generation has called for drastic reactions to the climate emergency in the past few months. But the stubborn elders ignored that and thwarted any real change of course. And now the youth are giving up freedom, prosperity and their chances for the good of these seniors, who are now weak both physically and argumentatively. As compensation for their victims in the corona crisis, the youth should receive what they have been demanding all along: a future without fossil fuels.