What do Aussies hate the most? 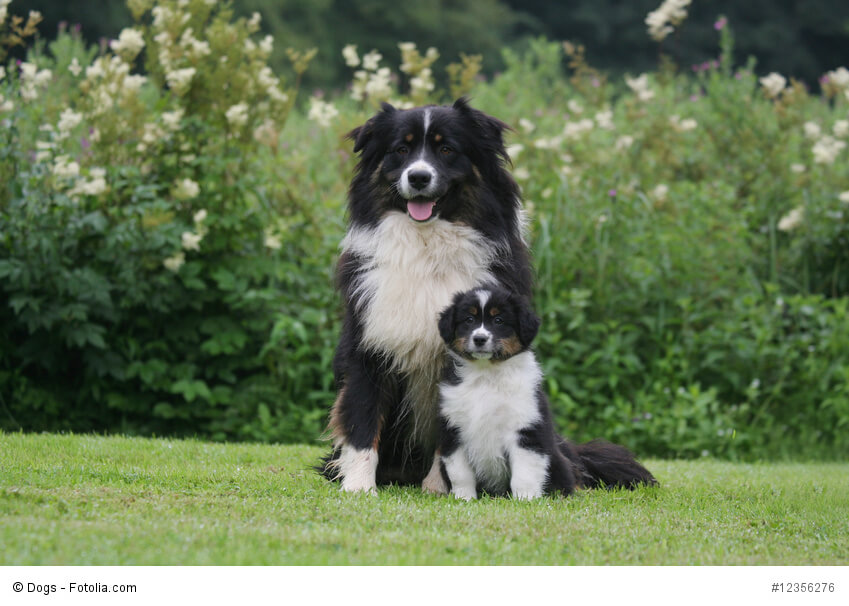 This article contains affiliate links and / or promotional content. You can read more about this here.

Contrary to what you would expect from its name, the Australian Shepherd does not come from Australia, but from the USA. This breed is an extremely lively and active dog that needs a lot of exercise and activity. You can find out more about the nature and correct attitude of an Australian Shepherd in our breed portrait. [Read article]

The cheerful Australian Shepherd, also known as Aussi for short, is the ideal companion for active people. Because he loves to run, to play and to stay active in his head through dog sports and various tasks. Precisely because of its pronounced urge to move, the herding dog is not suitable for life in the city. Cold and rain cannot harm the Aussi, who has a thick undercoat. On the other hand, the Australian Shepherd does not get too much heat. Despite being insensitive to the cold, the Aussie does not want to sleep outside - as a loyal companion, being close to his pack is very important to him. Because the Australian Shepherd is a very social and compatible dog. He usually gets along well with other dogs too. The intelligent Aussie is quite trainable and very docile. He needs to be supported physically and mentally. The Australian Shepherd is conditionally suitable for children. For older and active children, a balanced and well behaved Aussie is a real asset. The easy-care herding dog also has good prerequisites for working as a guard dog.

The Aussie only became known in Europe in the 1970s, but has enjoyed increasing popularity ever since, and many European lovers can hardly be imagined without it. Today the faithful herding dog is more popular as an active leisure partner and a close companion, especially for sporty people.
In the middle of the 20th century, the breed characteristics were recorded for the first time in the stud book of the Australian Shepherd Club of America (ASCA) and the International Australian Shepherd Association (IASA). The breed standards set by the ASCA have been in effect since 1977. The two clubs ASCA and IASA merged in 1980.
The American Kennel Club (AKC) has also kept a stud book since the early 1990s and has set its own breed standards for the Australian Shepherd. According to the Fédération Cynologique Internationale (FCI), the Aussie has only been a recognized breed of dog since 1996.

Photos of the Australian Shepherd

Interesting and worth knowing

Australian Shepherd in film and television

In the German films of the Five friends adventures (four films since 2012) the dog Timmy is played by an Australian Shepherd. Together with George, Julian, Dick and Anne, the five are embroiled in exciting adventures and have to repeatedly solve puzzles and overcome villains. In the first two films Timmy was played by the film dog Coffey, in the third and fourth part the role was played by the Australian Shepherd Bobby.

Napoli Dogs - A dog's life in Naples is a fictional documentary about a pack of street dogs in Naples. The street dog Bartolo is played by an Australian Shepherd.
In the Norwegian children's film SOS - Petter without a network The city child Petter moves to the country with his parents. He doesn't feel at home there until he finds the injured Australian Shepherd Leo, who has been badly treated by his owner - the beginning of a great friendship. But when the villain returns to get his dog back, an adventure begins for the two of them: The fight for their friendship.

In addition, Australian Shepherds appear, if only briefly, in numerous films. Among other things in Brokeback Mountain, Darling Companion - a dog for life, fluke and Familiar stranger the clever herding dog runs across the screen in many a scene.
Back in the days of black and white film, two Australian Shepherds were still among the stars in Hollywood: Bunk starred in numerous films in the 20s and film dog Tuffy conquered the cinema in the 30s. Both delighted audiences of their time.
Celebrity Aussie fans include Hilary Duff (Luca) and Amanda Seyfried (Finn).

Professional breeders can be found at the Club für Australien Shepherd Deutschland e.V.

There is a lot of literature on the lively Aussies. You can find some nice books here:

Even if it would make living together much easier: Not every dog ​​reads its breed description! This means that there are both water-shy Labrador Retrievers and lazy Australian Shepherds. Living with your dog always depends on the individual living being. Breed profiles can only give a possible indication of the future character of your four-legged friend.

You will find very general information that you should observe and consider before you bring a dog into your house in this guide:

Despite the fact that an Australian Shepherd is a working dog that is said to want to please its owner, this dog creature also needs a certain education. Just so that the Aussie can become a balanced dog and not an excited, unbalanced barker.

You will find many tips and tricks on our dog training pages. A list of trainers who train on the basis of positive reinforcement can be found in the train-instead-dominate network.

Yes, the Australian Shepherd is a picture of a dog and is one of the most willing dog breeds in the world. But it too can be frightened, run off and cause an accident! Since the costs for this can quickly get very high, you should at least get a good dog owner liability insurance. Of course, nobody can tell you in advance whether and how far you also need health insurance. You can of course put some money back every month just in case.

A so-called list dog belongs to a breed of dog that is assumed to pose a fundamental risk to humans and other animals. Their keeping is linked to certain conditions or even prohibited. You will find answers to which breeds are involved and which requirements apply in this article: What are list dogs?
Now to answer the question: is the Australian Shepherd a list dog?

No. Even if the rascal lists in Germany often offer content worth discussing, no one will regard an Australian Shepherd as dangerous or suspect that it is dangerous. However, you should keep in mind that there are also traumatized Aussies with bad experiences who can pose a certain threat. After all, like every dog, they always have their weapons (teeth) with them!

Do you have any questions, suggestions or comments?

Then put it in the comments!

We are also happy to receive notification of errors.