What are Gantt Charts

Gantt charts are commonly used in project management. They are one of the most common and effective ways to view activities (tasks and events) based on time. To the left of the diagram there is a list of activities, on a bar at the top - from left to right - there is a matching timeline. Each activity is represented by a bar, which represents the start date, the duration and the end date.

In summary: A Gantt chart shows what to do (activities) and when (scheduling).

The first Gantt chart was designed around 1890 by Karol Adamiecki, a Polish engineer who ran a steel mill in southern Poland and became interested in management ideas and techniques.

About 15 years after Adamiecki, Henry Gantt, an American engineer and management consultant, developed his own version of the diagram: it was through him that it became well known and popular in the western world. Accordingly, it was Henry Gantt after whom diagrams of this type were named.

Originally, Gantt charts were laboriously created by hand; every time something changed in the project, it had to be touched up or the diagram even redrawn. This of course limited its advantages, because projects normally change several times during their course. Today, however, Gantt charts can be created and changed very easily with the help of computers and project management software.

Today, Gantt charts are commonly used to keep track of project schedules. It makes sense to be able to add further information to the individual tasks or phases; For example, how the tasks are linked to one another, how far a task has already been completed or which resources are available in each case. 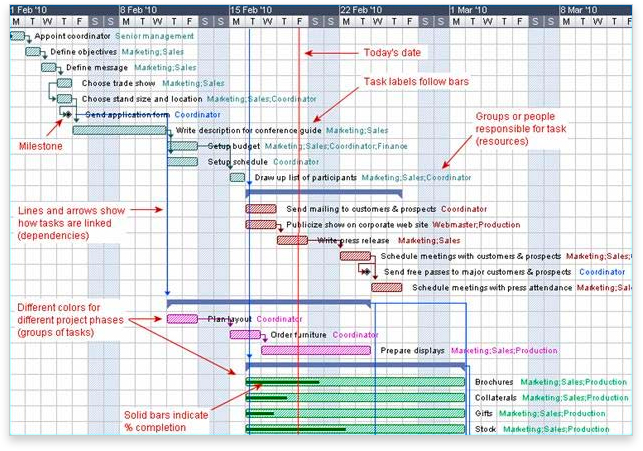 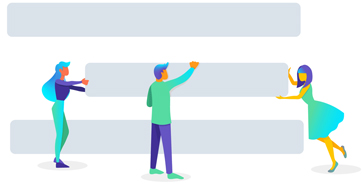