What do the Dutch think of Australians

This year's celebrations in Australia to mark the 400th anniversary of the discovery of the fifth continent are cautious. Only a few academic conferences and small exhibitions remind us that the merit of putting Australia on the world map goes to the Dutch: Presumably in March 1606 the "Duyfken" reached the Australian continent under the command of Willem Janszoon.

Founding of a global corporation

At the beginning of the 17th century, the Dutch took over the Spice Islands from the Portuguese - roughly today's Indonesia. The Dutch were bursting with self-confidence, having just successfully shaken off Spanish rule. But because Spain was allied with Portugal, the Dutch merchants were unable to use the Portuguese ports as a transshipment point for the spices and other exotic goods from Asia, which are much sought-after in Europe.

The Dutch therefore began to sail to the "East Indies" themselves from 1595. They succeeded relatively quickly in breaking the Portuguese trade monopoly and replacing Portugal as a colonial power. In 1602 the many different Dutch trading companies merged to form a state-owned company: the Vereenigde Oost-Indische Compagnie (VOC). Globalization is just as little new as global corporations are.

At the beginning of 1606 the governors of the VOC in Batavia, today's Jakarta, gave Captain Janszoon the order to sail east with his ship "Duyfken", which is only twenty meters long, and to explore the south coast of Papua New Guinea. The VOC hoped to find new riches. When Janszoon arrived at the supposed destination of his journey in March 1606, however, the disappointment was great: there was no pepper bush far and wide. Nowhere even a lump of gold. Instead of trade relations and good friendship, there were skirmishes with the Aborigines.

Janszoon did not land in Papua New Guinea, but at Cape York in northern Australia. But the Dutch didn't know that. The sailor was therefore unaware that he was the first European to discover the legendary southern continent, the existence of which scientists had speculated since the times of the Egyptian scholar Ptolemy. Janszoon sailed back to Batavia disappointed and reported to his bosses: There is nothing to be gained down under.

In the decades after Janszoon, more Dutch people came to Australia, which they named "New Holland". Not all on purpose. Many of the merchant ships did not turn north in time on their voyage from Holland around the Cape of Good Hope and across the Indian Ocean to Batavia on Java and landed on Australia's west coast. Like captain Dirk Hartog.

In October 1616 Hartog arrived on the "Eendracht" in today's Shark Bay. Unfortunately there are no details from his trip. "His logbooks and cards are lost," complains Paul Brunton, curator of the "First Sight" exhibition in Sydney on the 400th anniversary of the Dutch arrival in Australia. Only a tin plate, which the captain left behind in Shark Bay with his engraved name and the date of his arrival (October 25, 1616), testifies to Hartog's discovery.

Hartog's encounter with Australia's west coast raised a big question: is it part of the legendary southern continent or is it part of Janszoons' Papua New Guinea? The Dutch equipped expeditions. One of the most prominent expedition leaders was named Abel Tasman. On his travels between 1642 and 1644, the Dutch discovered New Zealand - which he believed to be part of Australia - as well as a country which he baptized "Van Diemens Land" after the then Governor General of the Dutch East Indies.

Today the country is called: Tasmania. But Tasman never set foot in the land that bears his name. "Tasman never left his ship," says Brunton, adding: "He's the only explorer after whom an (Australian) state has been named. But he never set foot on Australian soil."

After Tasman’s tours, the Dutch’s interest in Australia, which had nothing to offer them, rapidly waned. In 1697 Willem de Vlamingh was the last Dutch seafarer to explore the "poor country". Vlamingh found Hartog's pewter plate, replaced it with his own plate and inscription, and took Hartog's dishes back to Holland, where they are now one of the historical gems of the Reichsmuseum in Amsterdam.

It is unclear whether Asian seafarers came to Australia before the Dutch. "There's no evidence for that," says Brunton. Around the same time as the Dutch, however, fishermen and traders of the Malay Makassae began to hunt for sea snails on the west and north coast of Australia. Numerous Aboriginal cave and rock paintings tell of the encounters with the Muslim Makassae.

Great Britain with a beach and palm trees

Over a hundred years after the Dutch, the legendary British circumnavigator James Cook arrived on the east coast of Australia in January 1770 - roughly where Sydney is today. The Australians celebrate him as the discoverer of Australia. The Dutch simply do not fit into the history of the "Aussies", who still see themselves as a kind of Great Britain with a beach and palm trees. Cook is inconceivable without the Dutch nautical charts. "If the Dutch hadn't done the groundwork, Cook wouldn't have been able to get that far," says Brunton.

From a scientific point of view, Cook and his accompanying researchers such as Joseph Banks were very enthusiastic about kangaroos, Aborigines and the many unknown plants. Economically, however, Cook also reported, the country is a failure. New Holland sank once more into European oblivion. The British only came back to the useless country when the War of Independence in the North American colony thwarted the idea of ​​deporting thieves and murderers to Australia to relieve the local prisons. On January 26, 1788, today's Australian national holiday, Australia's white settlement began with the arrival of the first prisoner transport in Sydney, a good two hundred years after the country was discovered by the Dutch.

However, the British also have great merits in discovering and exploring Australia. Cook was the first to sail and map the Australian east coast. However, seafarers like Cook and the scientific greats of his time were unsure whether New Holland was a large landmass. There has been speculation as to whether a kind of channel might not lead from the Great Australian Bight in the south to the north, dividing the country into two large islands. It was only the British explorer Matthew Flinders that cleared such assumptions. In 1798 he was the first to circumnavigate Tasmania and made it clear: Tasmania is an island. Three years later, Flinders provided evidence that Australia is a continent.

"Perhaps different European countries would have colonized Australia and the continent would today consist of different states with different languages," Brunton speculates in view of the continent's history of discovery. Ironically, however, the trading nation of Holland did not see the riches of their discovery. Today Australia makes big coal with iron ore, gold and bauxite. The country also has forty percent of the world's known uranium deposits, and given the global renaissance of nuclear power, the Aussies could become "uranium sheikhs".

Who knows, if things had turned out differently, perhaps a Dutchman as Australian Prime Minister would have signed two agreements in principle with Chinese Prime Minister Wen Jiabao on uranium exports to China in the form of a descendant of British immigrants, John Howard. With the construction of at least forty new nuclear power plants, China wants to satisfy the growing hunger for energy in its booming economy by 2020 and cut its dependency on coal-fired power plants by half from the current seventy percent.

As it was, the Dutch Prime Minister Jan Peter Balkenede's visit to Australia a few days after Wen Jiabao was left with only viewing exhibitions and ceremonies to commemorate the great Dutch achievement four hundred years ago. 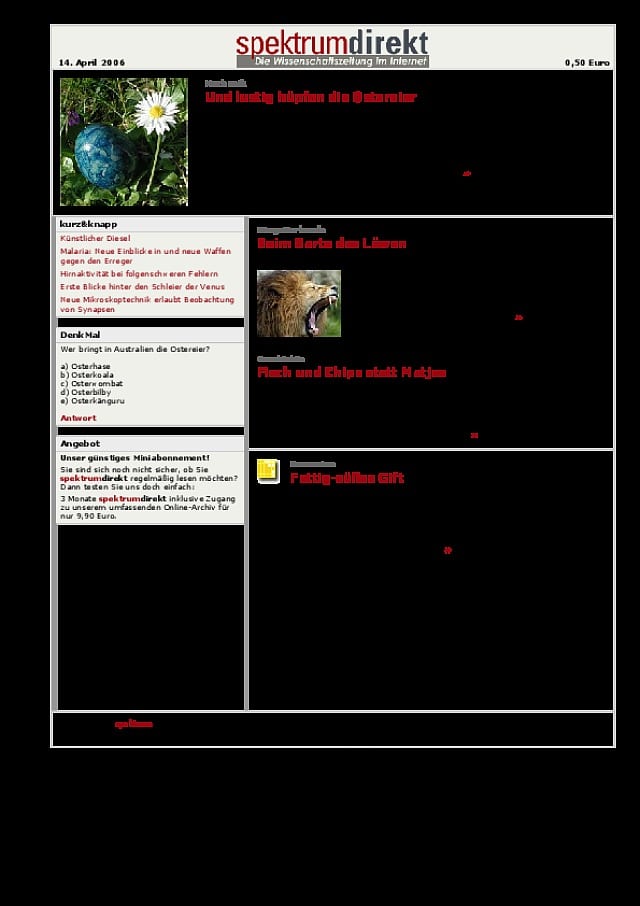