Are you an ESTJ personality type (The Director)

ESTJs are hardworking traditionalists ready to take responsibility for organizing projects and people.

Orderly, compliant, and conscientious ESTJs like getting things done and tend to run projects systematically and methodically.

ESTJs are the perfect organizers and want to bring structures into their environment. They value predictability and prefer to proceed in a logical order.

When they discover a lack of organization, the ESTJ often takes the initiative to set processes and guidelines so everyone knows what to expect.

Are you maybe a different guy? 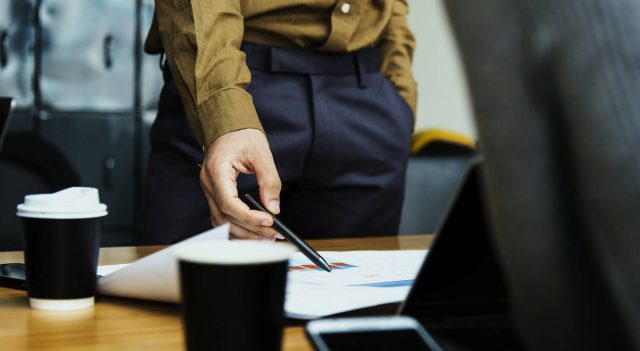 They live here and now and are very careful to keep things going smoothly and according to the rules. You are committed to tradition, norms and laws.

They have strong beliefs and expect other people to follow these principles as well.

How common is the ESTJ personality type?

The ESTJ is the fifth most common type in the population and the second most common in men. ESTJs form a unit:

The main properties of the ESTJs

Maintaining the status quo is important for ESTJs, and they often get involved in civil society, state, and community organizations.

2. Because of their orthodox way of life, they can sometimes be viewed as rigid, obstinate and adamant. Their willingness to take over makes it easy for ESTJs to take on leadership positions.

3. Their confidence and conviction will help them put plans into action, but they can sometimes come across as critical and overly aggressive, especially when other people fail to live up to their high standards. 4. People often describe ESTJs as predictable, stable, dedicated and practical; they tend to be very open and honest when it comes to exchanging their opinions, which can sometimes be viewed as harsh or overly critical.

ESTJs are conventional, factual, and based on reality. For the ESTJ, the evidence lies in the past: what worked and what was done before.

They value evidence rather than guesswork and trust their personal experience.

ESTJs look for rules to follow and standards to adhere to, and often take a leadership role by helping other people meet expectations too.

They take care of maintaining social order and keeping others in check.

ESTJs often assume a project manager role at home and at work and are distinguished by the fact that they set goals, make decisions and organize resources to complete a task.

The ESTJ want to achieve efficient productivity and usually believe that this works best when people and systems are well organized.

ISFPs are very common among women. Maybe you are an ISFP

As extroverts, ESTJs are very open-minded and enjoy spending time in the company of others. They can be very exuberant and funny in social situations and often enjoy being the center of attention.

Family is paramount to ESTJs too. They go to great lengths to meet their family responsibilities.

Social events are also important and they are good at remembering important events like birthdays and anniversaries.

A potential weak point for ESTJs is their tendency to be so rigid when it comes to rules and routines. They take their own opinions very seriously, but are far less inclined to listen to what others have to say on a topic.

As other ESTJs see

The ESTJs are commanding a situation, feeling like they know how things are supposed to go and ready to take responsibility to make sure it happens.

You are task-oriented and put work before game. Confident and tenacious, the ESTJ almost always seems to be in control.

ESTJs appreciate structure and often start organizing as soon as they walk into a room. You want to set the ground rules and make sure everyone does what they're supposed to. ESTJs are often involved in institutions such as clubs, associations, societies and churches, where they usually assume a leadership role.

They typically connect with others by sharing rituals and routines. Social interaction for ESTJs often means following an established tradition to collaborate with others in a structured manner.

ESTJs tend to respect and seek hierarchy. They want to know who is responsible and will assign levels of responsibility when there aren't any.

Once structure is in place, ESTJs usually trust those in authority and expect obedience from those of lower rank.

Because they value order and organization, they are often good at management positions. When in such positions, they have an obligation to see that the members of the group obey the rules, traditions and laws established by higher authorities.

The ESTJs are very hard-working and reliable in school and work situations. They strive to follow the instructions to the letter and show a lot of respect and esteem for those in authority.

They are thorough and on time in completing their work and rarely stop or complain about the work.

ESTJs have a wide range of personality traits that help them stand out in a number of different careers.

Their emphasis on rules and procedures makes them well suited for supervisory and management positions, while their respect for law, order, agency, and order helps them hold their ground in law enforcement.

1. People tend to underestimate your intelligence because you are such a social butterfly

Do people tend to be surprised at how intelligent you are? Are you told that with your extroversion and bubbly appearance, you “threw them off”? If so, you're likely an ESTJ and the person you're talking to was definitely an idiot.

2. Once you've made a decision, don't let it stop you

If there's one thing ESTJs are known for, it matters. They are not misty people, and to some extent it can even be a little detrimental at times.

Either way, once the ESTJs make a decision to do something, they do and nothing will stop them. That tenacity pays off in both relationships and business opportunities, which is why they tend to be quite successful.

3. When people want practical advice, they come to you

ESTJ personality types are extremely practical, organized individuals in their daily lives. This makes them very stable, functioning people, whom others often go to when they need advice on how to get their own lives in order.

4. You are often promoted to leadership positions or treated as the de facto “mother” of your group

To a certain point, success for ESTJs comes by itself. If you are an ESTJ, you are a results-oriented person.

Companies will notice this often and promote an ESTJ pretty quickly because they know you will get things done. 5. The idea of ​​a “spur of the moment” appointment or trip really makes you freak out

If there's one thing ESTJs love, it's planning. Unplanned things usually drive her crazy, even if it's supposed to be romantic and fun.

6. You have been told that you are the kind of person people want to meet when they want to get married

Many ESTJs might be a little upset when they are dating because people just want to meet them for a serious relationship.

Finding an affair is difficult, even if you want it, because you tend to be typed as a "wife" before you even introduce yourself.

7. You are the one people rely on

If there's one thing ESTJs pride themselves on, it's reliability. You are always there, always able to do the job, and never lose track of things.

If you are an ESTJ, it is very likely that you have had people calling you their "stone" because you are so reliable.

8. Even though you love going to parties and hanging out with people, you still have a little bookish side to you

ESTJs are what you would call “extroverted thinkers”. They have good people skills, enjoy partying, and tend to learn best when they interact.

Being an ESTJ means that you are the person who enjoys a good book, an interactive learning experience, or talking about intellectual topics.

9. Your home is pristine and you love to organize your things

ESTJs live from order, structure and organization. In fact, as an ESTJ, you are very likely to consider organizing and cleaning hobbies.

Some even calm themselves down by cleaning up. If it sounds familiar, you are likely an ESTJ.

10. Nothing annoys you more than seeing someone who is incompetent

Competence is one of the things that is non-negotiable when dealing with ESTJs. Incompetence is the biggest nuisance out there for this personality type.