Liverpool sits on the banks of the famous Mersey River and is the birthplace of the Beatles. This tiny village from the 12th century became an important port city for the transport of people and goods to Ireland, for the transport of slaves to North America and for the trade in goods such as sugar, spices, tobacco, rhum and cotton. At the time of Queen Victoria's accession to the throne, Liverpool was Britain's main trading port. Towards the end of the 1980s, the city experienced a renewed boom, with the renovation of the Albert Dock, the opening of the Tate Gallery Liverpool and a naval museum and the conversion of numerous warehouses into small business areas. The city also benefited from being named European Capital of Culture in 2008, with € 3.5 billion invested in the city's infrastructures. Today, a trip to Liverpool is a great way to find beautiful museums and world-class art galleries, all of which are free to visit and offer plenty of weekend activities. Liverpool is a city steeped in history with six sights that have been declared UNESCO World Heritage Sites, two world-famous cathedrals and the homes of John Lennon and Paul McCartney.

Liverpool: what to do

If you're a fan of the Fab Four, you can visit iconic sites like Penny Lane, Strawberry Fields, or the Beatles' homes. Then there is the Beatles Story museum on Albert Dock to discover, or you can stroll along Matthew Street, where you will find several bars where the Beatles used to go in and out of the past, including The Cavern, where the group 292 Has given concerts. In addition to the Beatles, there is the Naval Museum (also at Albert Dock), which shows interesting details about the sea connection between Liverpool and New York. Finally, take a ferry on the River Mersey to admire its famous riverbanks.

Pier Head on the banks of the River Mersey is a must-see when visiting Liverpool. It is a UNESCO World Heritage Site that includes three architectural monuments called "The Three Graces". The most famous monument is certainly the Royal Liver Building (seat of an insurance company) with its two characteristic clock towers and the symbolic Liver Birds on both spiers. The other two "graces" are the Cunard Building (seat of a shipping company) and the Port of Liverpool Building (seat of the port administration). These three structures tower over a large area with squares and statues that, like the buildings themselves, date from the 20th century.

Liverpool is easily accessible by bus, train and scheduled flights from across the UK. Liverpool Central Railway Station Lime St. Station has trains at all times of the day to numerous cities such as Chester, London, Manchester and Wiggan. The National Express Coach Station is 300 meters from Lime St. Station and has connections to most major cities including Manchester, London, Birmingham and Newcastle. Liverpool's John Lennon Airport serves international destinations such as Amsterdam, Barcelona, ​​Dublin and Paris, as well as various cities in the UK.

Liverpool is generally a safe city with increased surveillance by the city security services in the evenings. If you observe the usual precautionary measures, you run no risk. However, there are often scuffles in the downtown areas where there are plenty of bars, especially when people return home at night. Therefore, if possible, avoid the Kensington and Toxteth neighborhoods at this time.

Liverpool: what to eat

The city's most famous specialty is "Scouse", from which Liverpool residents get their nickname "The Scousers". It's a kind of stew of lamb, carrots, onions and crunchy nuts that is cooked with devotion and will warm you up again during those gray rainy days in Liverpool. You can also try the butty, a typical city sandwich. The different variations include the Sugar Butty or Conny Onny Butty with condensed milk. The Everton Mint is another Liverpool specialty: it's a white and black hard candy with a soft core.

Liverpool: what souvenirs should you take with you?

If you are a football fan, you surely know that the F.C. Liverpool is one of the most important football clubs in 20th century English football history. You can watch a match and take a souvenir of "You never walk alone" (hymn and motto of F.C. Liverpool) with you. We already mentioned the Beatles, but this is an inexhaustible subject. In the bars or museums dedicated to the Beatles, or after a guided tour, you are sure to find a souvenir that will remind you of "All you need is love". 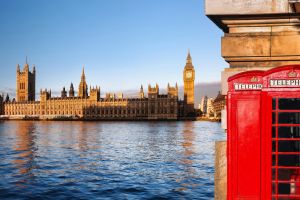 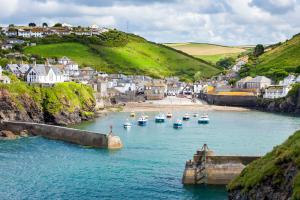