The wages for black workers have increased

Wages in Bangladesh: is the subsistence level in sight?

While the fourth anniversary of the Rana Plaza disaster focused attention on fire safety, building and general workplace safety - which is indeed laudable - one important factor in workers' lives has been neglected: their wages. With a minimum wage of $ 35 and garment workers monthly wages of $ 61 (or $ 68, depending on the source), Bangladesh has a long way to go before it reaches subsistence level.

As the shocking illustration above shows, the average clothing worker earns as much in 18 months as the head of a fashion brand does on his / her lunch break. This comparison was created as part of the "Garment Worker Diaries", a one-year research project by Microfinance Opportunities in collaboration with Fashion Revolution, supported by the C&A Foundation. The project is collecting data on the lives of garment workers in Bangladesh, Cambodia and India and is just over halfway done.

Unfortunately, there seems to be little room for maneuver in Bangladesh, as the two parties on opposite ends of the spectrum are quarreling: while garment workers and unions draw attention to their measly wages and long hours that make workers' lives difficult and unhealthy, Factory owners and industry associations such as the BGMEA use their favorite deterrent tactic: that clients and orders would stay away and migrate to cheaper countries such as Ethiopia if wages in Bangladesh rose.

Would clients really withdraw from Bangladesh, should wages rise?

Under no circumstances will clients suddenly withdraw, especially not from a strong textile and clothing-producing country like Bangladesh. There are many reasons for this: On the one hand, there is no other country apart from China and India that can provide a willing and young workforce in the millions. On the other hand, there is hardly any other country that has such a low minimum wage as Bangladesh. Neighbors in the region such as Sri Lanka and Myanmar, which are already at the lower end of the spectrum, are already above that at around USD 88 per month, while countries such as Vietnam, Pakistan and India are also above this.

Thirdly, Bangladesh has built up textile and clothing centers with infrastructure and delivery networks over the years; even an up-and-coming textile and clothing-producing country like Ethiopia cannot replicate this overnight. In addition, clients who are thinking about changing their procurement country will carefully weigh up the advantages and disadvantages such as these beforehand.

Fourth, let's look again at China's example. Here wages have actually risen sharply in the past few years; they have tripled in the past decade, nearing the subsistence level, averaging $ 239 per month. At 61 (or 68) US dollars a month, Bangladesh is still miles away from that. Furthermore, wages in China have not risen from one year to the next, but over a period of ten years; the same gradual development would be expected in Bangladesh. 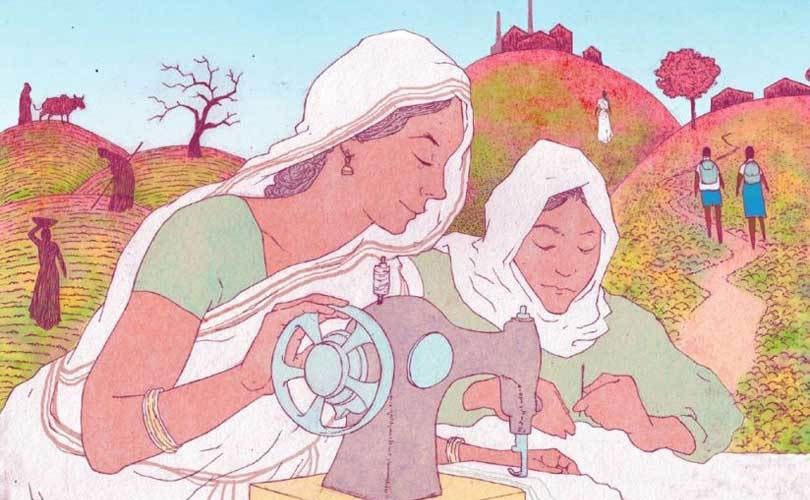 And fifthly, this would give manufacturers enough time to hold their first talks with their international clients and ask them for support when it comes to paying their workers fair wages. And which big retailer, which prestigious brand couldn't use positive publicity? Who wouldn't want to be the first brand or the first retailer to employ factories that pay subsistence wages or otherwise take good care of their workers? Especially in the face of customers who are increasingly questioning where and under what conditions the garments they wear are made. And who increasingly let the answer influence their purchasing decision.

Which brings us to the next consideration, if factory owners are reluctant to raise the wages they pay, then there are many other ways they can help their workers. With food rations, for example: rice, vegetables and legumes are cheaper if you buy them in large quantities. And these foods would certainly enrich the workers' menu. Then there is health insurance - why not partner with a major insurer and offer workers and their families free or subsidized care?

There are many ways factory owners and international clients can - and should help - help. If not from a humanitarian point of view, then at least from an economic point of view. Because happy and healthy workers and their families are better workers with fewer absences from sick days or emergencies at home. They would also think twice about changing jobs if they felt they were in good hands with their employer. And this would also avoid the loss of knowledge and in-house knowledge.

An extension of these efforts are projects such as "The Garment Worker Diaries" - Fashion Revolution will evaluate and use the knowledge that results from the close observation of the lives of workers in various developing countries to "identify changes in consumer behavior and Establish companies and policies that improve the living and working conditions of garment workers around the world ". Let's hope that clients, manufacturers and other industry players will also listen.

Figure 1: by Georgia Keeling for Money Fashion Power; Statistics source: Labor Behind the Label; Illustration
2: Stitches to Riches via worldbank.org