How are you sexist?

Psychologist Rolf Pohl on sexism: "Men are afraid of women"

We are experiencing a "rhetorical modernization", says the social psychologist Rolf Pohl. Women are hardly ever openly discriminated against. But men still need the feeling of being more powerful. 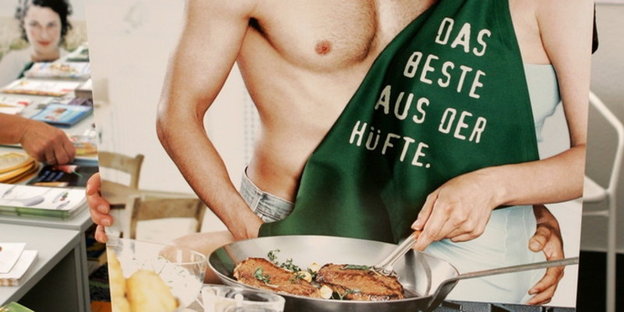 taz: Mr. Pohl, the women's movement of the 1970s described our society as sexist. Is she still that?

Rolf Pohl: Yes. But "sexism" was a battle slogan at a time when men were still very open about their claim to power. Today sexist behavior is officially frowned upon, we have seen rhetorical modernization. Because the discrimination has become more subtle, the term now seems imprecise. I would no longer say that we live in a patriarchy, but rather that we live in a male-dominated society with clear gender hierarchies.

Rolf Pohl, 57, is professor of social psychology in Hanover and wrote, among other things. "The enemy of women. Male sexuality, violence and the defense against the feminine".

What is the difference?

Nobody says any more: A woman must not become Federal Chancellor or a manager. But the characteristics that are attributed to the office of Ms. Merkel, for example, are borrowed from a positive idea of ​​dominant masculinity. And then of course the gender of the incumbent is a constant media topic. This fact is better described with "hegemonic masculinity" than with the term patriarchy, in which a woman is not acceptable for the post of chancellor.

And how do you recognize hegemony?

The Australian sociologist Raewyn Connell identifies three areas: Who dominates the economy? Who dominates in politics? And who dominates in emotional relationships? Who gets attention, money or care, and which gender is more likely to be discriminated against? In private relationships in particular, there is a very strong expression of male predominance.

In private relationships? Many couples would reject that.

Of course, many men try to live the idea of ​​equality. But on the one hand, those who have access to money have more power. On the other hand, a lot takes place unconsciously. Sexism is often shifted, for example in jokes. Freud would say: An officially taboo subject - contempt for women - reappears as a joke. If you laugh at it, you are not directly harming women and are therefore not considered a sexist. Men also generate power in their relationship by refusing to pay attention, delaying, forgetting to do tasks, ignoring the needs of their partner.

Men just can't help it, as people like to say today: They are so predisposed in terms of brain physiology. Can you call that sexism?

This is also postponed sexism. There are pseudorational reasons for the fact that the gender ratio must remain unequal. The brain question is extremely controversial: There is much to suggest that the brain structures are not natural, but have developed that way in our culture. Most of all, what is interesting is what science focuses on. To put it bluntly: We can change social stereotypes if we want to. Instead, we focus on what finally makes the gender differences appear natural. That is avoidance behavior. Seen in this way, this biologism is a new form of sexism.

It sounds like men generally want to devalue women. You don't really believe that, do you?

The problem is: male identity is constructed that way. Part of this identity is the unconscious need to upgrade yourself by devaluing women. It is very difficult to separate yourself from this construction as an individual man. The ambivalence towards women is imprinted on the little boy - and experiences repeated imprints.

The devaluation of women is an integral part of male identity?

If you look at what is considered male in our society, you will always find two dominant characteristics: on the one hand, a hierarchy within the male group - status and rank battles are very important for a male identity. And on the other hand, the demarcation to femininity, which unites all men in their superiority.

But the demarcation does not necessarily have to be negative.

But she does. If you value the group of men higher than that of women, you can create a group identity beyond the hierarchical struggles. That is why in all-male groups there are sometimes fraternization scenes in which women are sexualized and marked as inferior. For example, when they go to the brothel together: women have to serve men there and men can demonstrate their heterosexual potency in front of the others. This shared experience of stabilizing a male group identity at the expense of devalued women is an example of what Connell calls the "patriarchal dividend".

You say the disdain catches on early. How does she do it?

Our predominant concept of masculinity is: Be autonomous, have everything under control. Especially in sexuality, however, a man has neither his sexual functions nor the action or reaction of the woman under control. This discrepancy causes fear in two ways: According to a survey, 84 percent of German men are afraid of potency failure and 88 percent are afraid of women. And this fear is often masked by a control fantasy: I can always, she always wants to. The more dependent he feels, the more he is prone to control and even violence. And this is not about trivial matters, as long as the UN counts that every third woman worldwide is physically or sexually abused by men at least once in her life.

Is that why men are so allergic to feminists? Because they are out of control?

Yes, this is a possible defense strategy to confirm an "intact" masculinity. Feminists have been and are ridiculed. There are of course always differences in the strength of the defense. The extreme was probably the Canadian who stormed into an auditorium with a rapid-fire gun in the mid-1990s, sent all the men out and shot the majority of the women with the exclamation: Your pack of feminists!

That was probably badly disturbed.

But how did he get the idea to act out his disorder on supposed feminists? Many sex offenders are also "disturbed". But where do you get the ultimate experience of power when control over your own life threatens to slip away? With the group from which you want to distance yourself with all your might and which is supposed to be responsible for your own misery.

And how can you change that?

You have to go to the roots. For now, the myth is perpetuating that men can use their sexuality however they want. Either as a weapon or peacefully. The underlying fear is not discussed. We have to talk about this fear, not first about its consequences, the violence.

Can parents raise their sons to be "anti-sexists"?

I'm a little skeptical about that. As long as it is socially frowned upon for men to admit their need for help, the structure cannot change.

But there are fathers who take parental leave. Don't you trust them to do anything?

These are very few who take extended family vacations. Above all, however, it depends on what form of masculinity the father represents. The father can look like a "new man" to the outside world - but unconsciously further devalue his wife, for example because he presents himself as a super father who can do everything better. Then he conveyed the traditional image of masculinity again.

How should men behave? Everything conventionally "masculine" is honored. No wonder that none of the women who understand women wants to be.

For my teacher Peter Brückner, one of the most effective means of combating prejudice is listening to "inappropriate news". This means that one must not paste up this discomfort in gender relations, but must ask further what kind of fear attacks men at this point.

The so-called alpha girls emphasize that they do not want to be feminists against men, but rather with men. What do you make of it?

That is initially positive. You can find out something about mutual perceptions and develop something together. However, it makes me wonder how this speech is given. If the prevailing ideals of masculinity are not called into question, then these women are merely engaging in affirmation.

You don't think much of the new feminism?

For me, the "new feminism" is initially a media-staged backlash phenomenon. Young, pretty faces compete with the old feminist "battle horses". First of all, this serves to devalue "old feminism". But these women do not analyze the prevailing power structures. They rather follow the general trend of individualization, according to which everyone is the blacksmith of their own fortune. This is not a criticism of the gender hierarchy. Feminism that doesn't want to change is not one.

How do men react when you ask them to deal with their fear?

The women in particular react positively to my lectures. Men tend to be irritated and often embarrassed. Thinking about his fears instead of fending them off as a threat is not part of the male role.