Why Dollar Stores Are Good Businesses

What One Dollar Shops Reveal About Inequality In The United States

The Family Dollar branch, where Wilfredo Rosario regularly goes shopping, is beneath the rusting rails of the elevated train, very close to his South Bronx apartment. The New York borough is part of the poorest electoral district in the United States. "If this shop were to close, I would be hit," says the 35-year-old, "it would be expensive for me and my family."

What many customers do not know: Behind the scenes of the cheap supermarket there is a takeover battle that could have an impact on people like Rosario. First, Family Dollar announced at the end of July 2014 that the discounter Dollar Tree would buy the company for 8.5 billion dollars (about 6.4 billion euros). Then another cheap supermarket appeared with Dollar General, which offered even more money. Eventually, however, the management of Family Dollar declined this offer because of anticipated antitrust concerns. How the takeover battle will end is unclear. 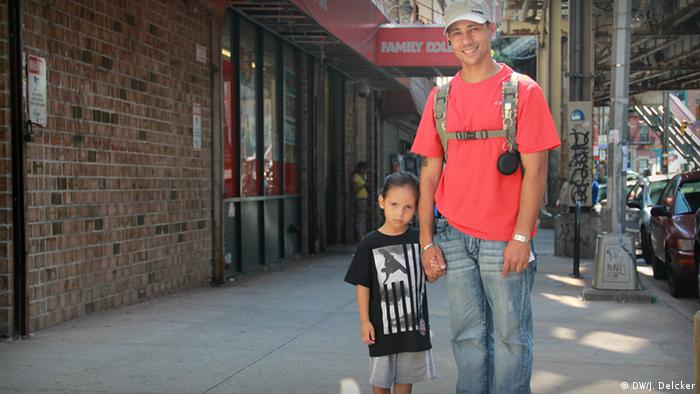 Billions here, a dollar there

While management and investors negotiate billions, the poor in the United States organize their lives around $ 1. In low-income New York neighborhoods such as Spanish Harlem, the South Bronx or East New York, shops line the streets where shampoos, pizza and batteries are sold for 99 cents or a dollar.

"There have been cheap supermarkets since people started living in cities," said Louis Hyman in an interview with DW. The economic historian is doing research at the Cornell University School of Industrial and Labor Relations: "The one-dollar shops opened in the 1950s and 60s. What was new was that they weren't small corner shops, but the shops became dependent on US-wide and later global supply chains. " Dollar Tree, one of the two bidders for Family Dollar, is now getting 40 percent of its portfolio from China, according to Hyman. 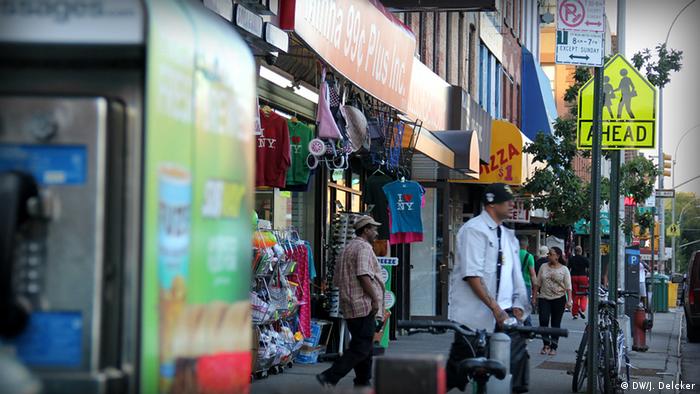 One dollar and 99 cent signs line the street, here in Spanish Harlem

Beneficiaries of the crisis

However, every dollar chain is different. While Dollar Tree mostly sells odds and ends for a dollar or less, Family Dollar sells food, hygiene items, and even over-the-counter medicines. Most of the products at Family Dollar cost more than a dollar. In the end, the "dollar" in the name stands for a super cheap concept, not the actual price. "You get everything. The prices are great, hard to beat," says Bronx resident Rosario, "and you can pay with food vouchers." According to business information, a large part of the customer base receives social benefits.

One dollar stores profit from crises; economic bottlenecks create potential customers for the cheap chains. "During the great recession (post-2007/2008 financial crisis, ed.) When all other stocks plummeted, the stocks in the one-dollar stores soared because Americans had to buy there. And that was great for investors, "says Louis Hyman.

The stock markets have since recovered and the net income of US households is as high as it was before the crisis. The proverbial top one percent of the country and the upper and upper middle classes of the country, the shareholders and homeowners, have benefited from this. The poor in the country saw little of this: wages in the country are stagnating, social benefits have been cut; both factors are particularly important for low-income households. 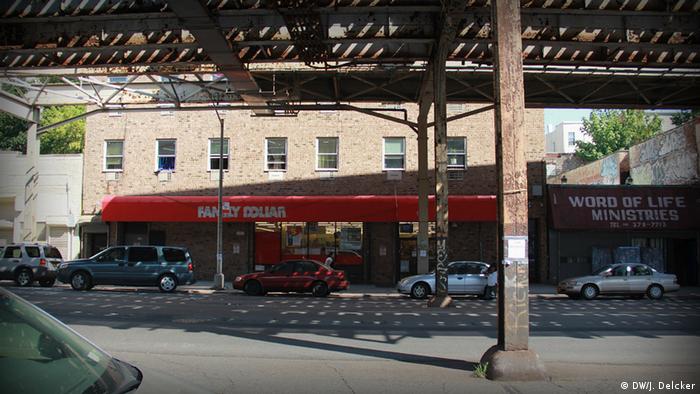 While Family Dollar is still profitable, profits have fallen to levels that are no longer in line with Wall Street's profit targets. "The company has $ 10 billion a year in sales, but profit margins are much lower than those of Dollar Tree or Dollar General," says economic historian Hyman. The plan of the two bidders is now to couple the high income from Family Dollar with their own high profit rates.

Having access to cheap supermarkets is important for residents of low-income neighborhoods like the South Bronx. "If they win, Dollar Tree or Dollar General will close many Family Dollar branches," Hyman believes. "This is the new inequality in the US. Hedge funds make money by closing one-dollar stores."

When Dollar Tree announced at the end of July that it wanted to buy Family Tree, it was said that they expected savings of around 300 million dollars (approx. 227 million euros) per year through so-called "synergy effects". This often means closing branches in less profitable locations; especially food, which is mainly sold in poor neighborhoods, has a low profit margin. On the same day that the purchase offer became public, Family Dollar's shares rose around 25 percent.