Are all Arabs Muslims

Everyday racism When an Arab becomes a Latino

A Latino is simply more popular than a Turk or an Arab. Jihad had to experience this often. That's why he calls himself Fernando at Club. For fear of prejudices that he knows so well. Unfortunately, that doesn't always work. 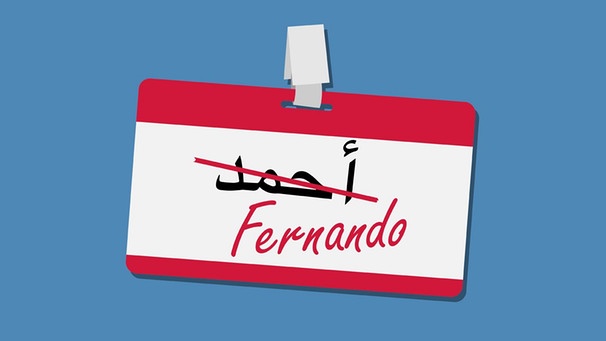 Jihad becomes Fernando, Ali becomes Antonio, Olcay becomes Francesco and Tugay becomes Sergio. No, these are not actors who talk about their TV gigs in telenovelas. They are completely normal Germans of Muslim or Turkish or Arab origin who do not reveal their real names in everyday situations.

The name swap sounds strange at first, but it happens a lot. For example when celebrating in a club - when meeting new people, getting to know women. Some even log on to Facebook with false names. They assume an Italian or a Latino identity because - due to their appearance - it is credible.

"Many say I could be Brazilian too. That's why I often call myself Fernando. But if I said my name is Thomas, they would ask: 'Are you adopted?"

Business administration student Tugay Yilmaz even thinks a step further in order to maintain his disguise. He simply claims that he is half-Spanish, that his father left the family early and that, unfortunately, he can only speak Turkish. "Keeps pulling," he says with a smile.

An image that is also shaped by the media

What are men with Muslim, Arabic or Turkish names afraid of? Many people know prejudices and have had bad experiences. They make the German media jointly responsible for the image that some Germans have of them. There are mentioned: "North African rapist refugees" in Cologne, the "Persian gunman" from Munich or gangsta rappers with no school leaving certificate and with a Middle East background such as an arrest warrant.

"If you really look like a typical Kanacke and then you also have a name like that, then you think: aggressiveness, he's anti-social, maybe he's not that smart, not that educated."

"According to the motto: Murat, someone like that again - and Moritz is such a nice guy again, you know?"

Names that are automatically associated with terror

A name that is particularly catchy in Germany is Jihad. When someone introduces themselves like this, everyone who has nothing to do with people of Arab origin thinks: Terror! Or at best: "He wants to kid me." But Jihad (often also Gihad) is a common first name in the Arab world, among Muslims as well as Christians. The name itself has nothing to do with organized terror and can mean many things, such as mental exertion.

Of course, the name swap only works if there are no official documents involved - that is precisely not where things get serious: at work. The journalist Olcay Özdemir works as a reporter for Galileo. His name could have been his undoing at other TV production companies.

"A manager told me in confidence that he was reluctant to hire a lot of people with Middle Eastern names - even if they were highly qualified - because their name made it difficult to contact potential shooting partners. You answer a Thomas more than a Mohammed. You believe Thomas too rather that he works for German television. That just makes it easier for us. "

In the United States there is the term "white passing": non-white people with lighter skin pretend to be white in order to enjoy privileges. In this country it is men with Islamic, Arabic or Turkish names who hop from one ethnic group to the other in order to gain social advantages. This phenomenon makes it clear that people with recognizable foreign origins - in this case those from the Middle East, are too often judged not only on their own actions, but on those of a supposedly collective mass. Something that many Germans without a migration background have to worry about less often.